Major Corporations Deloitte, Amazon, and Microsoft on Board With Increasing Black Representation in the Boardroom 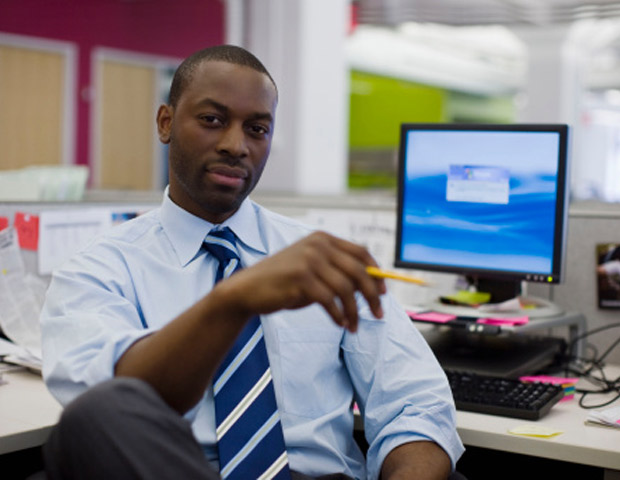 The workplace is changing fast. Technology is changing even faster. Are universities keeping pace with either one? Is the U.S. moving fast enough to train and educate a workforce to compete in a global economy? The pressure to innovate within corporations and in small businesses has never been greater. The shift from industrial age thinking to an adaptive, digital, innovative culture will not just be the responsibility of the employer but the employee as well. The real question is: How fast are you changing?

In the U.S. workforce we are trained to think methodically with antiquated processes and tremendous uncertainty in the economy. We have experienced decades of success in industrial thinking and an education system that has been out paced by its foreign competitors. Are we now victims of our own success? What does this mean for the U.S. workforce? Here are four changes in the new economy workplace. â€”Hajj Flemings

Perkins Coie has recently announced the launch of the Black Boardroom Initiative. The purpose of this initiative is to increase the representation of Black executives on corporate boards. The Black Boardroom Initiative is aiming to place a substantial amount of Black executives on S&P 500 corporate boards by increasing the ratio to 1 in 8 by the year 2028. The initiative will initially focus on the state of Washington.

“Corporate leaders, shareholders, and employees are looking to CEOs and company boards to take meaningful actions against racism and to promote greater diversity within their leadership ranks,” said Bill Malley, Perkins Coie’s firmwide managing partner in a written statement. “It all starts with the board. The Black Boardroom Initiative aims to address this equity challenge by increasing racial and ethnic diversity on corporate boards.”

The initiative is being supported by the likes of major corporations including Deloitte, Amazon, F5, Microsoft, RealNetworks, and Zillow. It will seek to build and maintain a pipeline between executive participants and public companies to address a critical diversity, equity, and corporate governance challenge. Currently, there are 23 executives in the program, and Starbucks also helped support as an event sponsor for the inaugural cohort’s first session.

“There are many benefits to a public company having a more diverse corporate board, including diversity of opinion, stronger corporate governance, and the encouragement of diversity throughout an organization,” said James Williams, co-leader of the initiative and Perkins Coie’s Seattle office managing partner. “Participating Black executives will be supported with substantive, targeted training and networking opportunities, as well as mentorship and an opportunity to benefit from the shared experience of a leading group of Black executive program advisors. I would also like to expressly recognize and thank Michael Parham of RealNetworks, Keith Matthews of the Bill & Melinda Gates Foundation, and Pat Ogawa and Florence Larson of Deloitte, premier sponsor of the Black Boardroom Initiative, for their collective efforts and contributions in getting the initiative off the ground and without whom our successful launch would not have been possible.

Currently, 1 in 8 Americans identify as Black or African American, but 37% of S&P 500 corporations did not have any Black board members as of 2019. Black directors comprised just 4.1% of Russell 3000 board members.

Due to the financial support by program sponsors, no Black executives will incur any costs to be admitted into the program. The initiative will initially focus on Washington state, but Perkins Coie and its corporate sponsors plan to expand it to other major cities in the coming years.