Majority of Americans Are Prejudiced Against Blacks, Study Finds 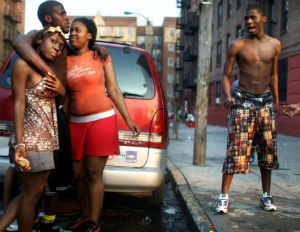 Racial attitudes have not improved in the four years since the United States elected its first black president, an Associated Press poll finds, as a slight majority of Americans now express prejudice toward blacks whether they recognize those feelings or not.

“As much as we’d hope the impact of race would decline over time … it appears the impact of anti-black sentiment on voting is about the same as it was four years ago,” said Jon Krosnick, aÂ Stanford UniversityÂ professor who worked with AP to develop the survey.

It didn’t matter what the partisan affliations of the respondents was: the AP found that majoritiesÂ of both Democrats and Republicans held explicitly anti-black feelings and nearly 49 percent of independents did.

Read the full story at Yahoo!