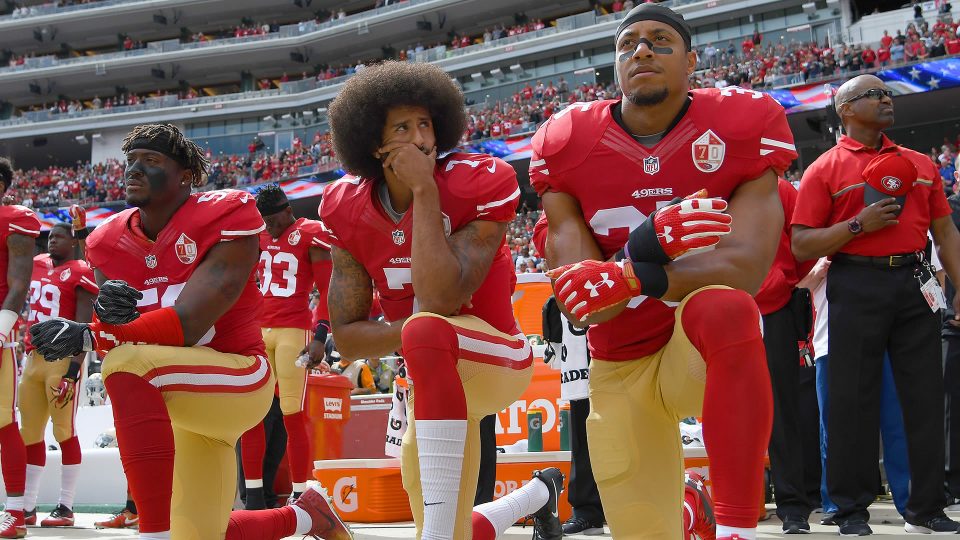 According to Forbes, a Harris Poll surveyed more than 1,000 people after a group of NFL players put out a powerful video challenging the league to condemn racism and admit they were wrong in blackballing Kaepernick on June 5.

The next day, Goodell released his own video saying “We, the National Football League, admit we were wrong for not listening to NFL players earlier and encourage all to speak out and peacefully protest.” However, Goodell’s apology fell short of naming Kaepernick or admitting wrongdoing when it came to Kaepernick not playing.

President Trump also jumped back in the situation, even threatening to boycott the NFL over the issue but this time the NFL has chosen to ignore Trump, realizing more than 70% of players in the league are African American and the backlash could be significant.

In 2018, Nike released an ad campaign featuring Kaepernick and celebrating the 30th anniversary of the “Just Do It” slogan. Twenty-one percent of respondents to a Harris Poll at the time vowed to boycott or stop buying Nike products. The poll shows that number has dropped to 14%, with the biggest shift in seniors, from 34% to 18% and conservatives from 41% to 24%.

In January, Nike donated $5 million for the athletic facility at the Obama Presidential Center in Chicago. The shoe brand also announced a $40 million commitment over the next four years to support African American causes in the U.S. and the Jordan brand, a subsidiary of Nike, and Michael Jordan announced a $100 million donation over the next 10 years to African American and social justice causes.