How to Make Your Financial Goals a Reality 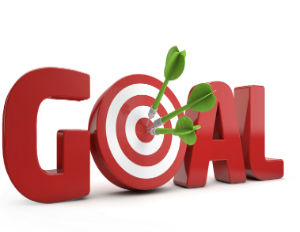 I was recently speaking on a panel at Columbia University’s Teachers College celebrating a recent financial literacy program launch. After the conversation had moved from teaching young people not to take on too much debt, to the state of financial education in America, we came to the ‘money questions’: Why don’t we simply ‘do the right thing “when it comes to money? Why do we act in ways that distance us from our goals?

I was reminded of the research of psychology professor, Gail Matthews from Dominican University ofÂ California. Matthews heard about an often-cited study from Yale Business School. The study found that over a 20-year period, people who wrote down their goals earned 10 times more money than those who did not. A survey from Harvard Business School had similar findings.

While these two studies were often cited in motivational and academic circles, it eventually surfaced that there was no evidence that they actually took place. Yale and Harvard couldn’t even find that data.

Not to be deterred in her efforts to see if there was a connection between writing down goals and achieving them, Matthews conducted her own research.

“The widespread mention of this non-existent study in business circles as well as the need for research into the techniques used by business coaches provided impetus for my current research, which was focused on how goal achievement is influenced by writing goals, committing to goal-directed actions, and being accountable for those actions,â€ said Matthews.

To conduct her research, Matthews recruited a variety of entrepreneurs, attorneys, educators, artists, managers, and other professionals from different parts of the world and broke them into five groups:

The study looked at outcomes over a one-month period. When it was complete, Group 1 accomplished 43% of their stated goals. Group 4 accomplished 64%, Group 5, the most successful accomplished 76%.

There’s a connection that’s made between the brain and the progress of where we’re going when things are written and we see it,â€ says JoJo Brim, entertainment manager and founder of life coaching firm Playbook L.L.C.

Brim, who was also creative director for Russell Simmons’ advertising agency, Rush Media, and general manager of L.A. Reid’s LaFace music label, adds that writing goals down and ‘putting it out there’ motivates people to step up.