Make Your Life â€˜More Than Meets the Eyeâ€™ 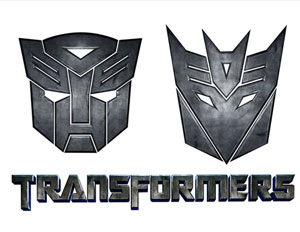 My son and his friends were having a debate recently about which was the best movie out this summer? Surprisingly, in the midst of a ton of blockbusters–the final Harry Potter, the latest Planet of the Apes prequel, etc.–Transformers: Dark of the Moon came up tops.

It got me thinking about the concept of being able to transform oneself into something else whenever needed. How fantastic would that be? Who among us couldn’t use that skill?

I’m sure men would have a field day with it but women could perhaps benefit from it most since every day in the life of every woman I know is a mad scramble. Case in point: I called my cousin this morning and she sounded distracted. A physician and mother to two grown children (one is in medical school, and one is an entrepreneur), no sooner were they out of the house than she took in the infant son of a struggling young friend of her daughter’s. Not only did she become his legal guardian, she also became his primary caregiver.

That was five years ago.

“Were you in the middle of something,â€ I asked.

She explained that she was still trying to get her happy, hyper little charge off to kindergarten. “We missed the bus,â€ she groaned. “Again!â€ But then she laughed….hard.

A girlfriend texted me this morning from Chicago where she is a top performing sales manager for a media company who juggles her intense job with church, motherhood, daughterhood and wifehood. She’s devoted on all fronts and has been saying for years that something’s got to give.

“And I quote,â€ she typed. “Ms. Clarke is so right. She is a smart lady. You should listen to her, mom.’ Just thought you should know how you have impacted my son. Have a great day.â€

“For the record,â€ I texted back, my ego hungry for more, “What was I right about this time?â€

“No clue,â€ she replied. “I stopped listening. We’re running late. I have to get to work and this boy has to stop lecturing me and get to school. LMAO!â€

And this just in from another friend, via email:

Hello all,
In an ambitious moment at 6:15 am yesterday I awakened ready to meet the school year with order in our family life. Goal for the day: Scrub and organize my house top to bottom. Now to start off, who in their right mind lives in 5,200 square feet of house without someone other than herself to clean the damn thing?

Moving on…. I turn on Pandora on my phone, pop it in my robust bosom in a top with a shelf (I usually put them and the phone in my running harness which holds everything in place, but I couldn’t find it). An hour later, I prepared my second bucket of fresh hot water to clean from the fourth floor down, as I had just finished the fifth floor. I was determined to get all the way to the basement before noon. No kids in sight (both at sleepovers), just Bear, our dog. I turn on a shuffle of Dwele, Mary Mary, Musiq Soul Child and Ledesi. I’m in the groove when I realize that in order to clean behind the tub in the master, I have to climb into the just cleaned tub. So…I delicately place a towel on the tub floor, I reach over to grab the bucket, and watch as the phone slowly slides out of my top and into the hot water I was picking up. It was like watching a movie in slow motion. I reached for it, burning my hand in scalding water to retrieve a dead cell phone.

Anyway, all that is to say, my house is sparkling clean but I have none of your information at all. No, I didn’t back up. That requires an iTunes account and a semi-techie mind. I have neither, sorry to say. (Actually, I have the iTunes account, but I can’t remember my code.) So….please send your name, address, email, home and cell numbers and call my cell if you know it, so I can begin to rebuild my phone numbers in the phone. I will learn this crap this week, as this is the third time this has occurred. But then, you already knew that, as this is your third time getting a similar request from me. And so it is…â€

The above friend has two daughters, a new job, and a demanding business she’s run for several years. A cancer survivor and avid volunteer for cancer-related causes, she’s newly separated and the ultra-dependable child of divorced parents who are both facing health challenges of their own. How does she do it? She prays. She took up running last year. And she laughs, easily and often and regularly at herself. She’s a serious sister who has stared down the cold hard glare of some serious challenges, but she never takes any of it too seriously.

Life is not getting easier these days for any of us. Financial struggles, job woes, health crises, family stresses. It all keeps coming at us and some days we’re up to it, and some days we’re not. But we always have the capacity to laugh. Maybe it sounds corny and too simple but it works.

Laughing won’t make the demands on your life disappear, but just for a moment, you’ll feel better, lighter, and less overwhelmed. Laughter is a transformer, and sometimes, a little transformation is all we need to make it through.