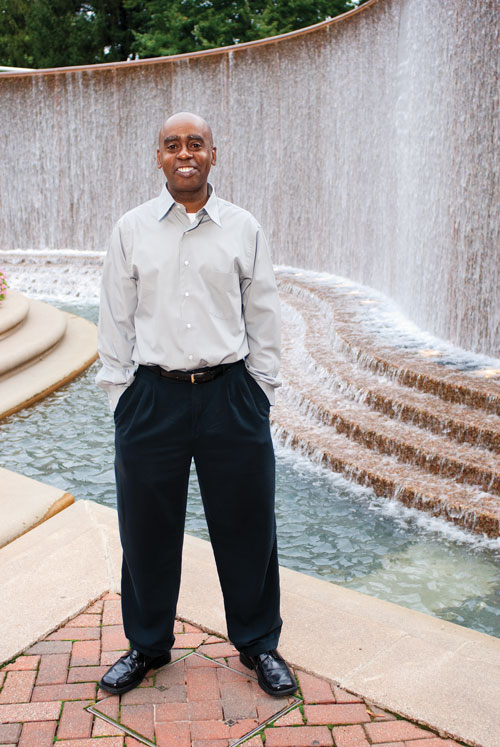 Create a protection plan. Assuming his continued saving strategies and growth of his assets, if something were to happen to him he could be wiped out financially. It would be wise to see if his job offers discounted long-term care insurance,â€ says Williams. At 45, Battles can buy a policy at a cheaper price than he’ll be able to in his 60s. She suggests that Battles use the $2,000 contest winnings to pay the annual premium for a long-term care or disability insurance policy.

Battles should also get term life insurance. As a nonsmoker he might qualify for coverage as low as $10 to $20 a month. In addition, he needs disability insurance to replace lost income in the event that he is unable to work. And he needs to increase the liability limits on his homeowners insurance, specifically because he has a roommate.

Build retirement funds.Â  Battles should continue to invest 8% of his gross income so that he can get the match from his employer in his 401(k). Assuming an 8% projection and continued investing of at least 8% to 10% with employer matching, he could have an additional $500,000 or more in his 401(k) by age 62, particularly if he increases his contribution by 1% every year. His IRA would add another $165,000 or more assuming an 8% projection to his retirement savings.

Tackle taxes. Battles’ income range, $50,000 to $70,000, can be a tough tax zone when there aren’t a lot of deductions. He could consider increasing his 401(k) contribution to 10% to reduce his overall taxes and lessen the amount he’s putting into his brokerage account. He recently changed his Federal W-4 withholding status to single and zero, which Williams said should help alleviate some of the tax burden as well. Williams also advises Battles to be careful about selling stocks since he could incur a capital gains tax.

Learn from refinancing mistake. Battles’ 5-year ARM will reset in February 2014, at which point his interest rate will be adjusted higher each year. Battles says he wanted to refinance to get rid of escrow, which he couldn’t do with his previous lender. He was determined to be in charge of paying his own property taxes and insurance.

Williams says Battles should try to refinance his home to a fixed mortgage as soon as possible. “Refinancing to get rid of escrow is not a good reason to refinance. Refinancing is usually best if you can shave two percentage points off your interest rate, otherwise you’re really not coming out ahead, and he only went from a fixed 6% rate to an adjustable 5.175% rate. In five years the ARM rates could be sky high. He has a goal to pay off the mortgage in three to five years but if he can’t pay his mortgage off in five years, he’s going to be vulnerable. And if he does, he will lose the tax benefits from the mortgage, further adding to his tax bill.â€

Be a strategic saver. Williams says it’s not wise to keep more than $30,000 in a checking account. You want your emergency fund to be accessible should you need it, but you don’t want a mountain of cash lying around. Williams recommends leaving one month’s worth of expenses in a checking account. For emergencies, Williams suggests placing six months of expenses in a money market account. He should also have another account for short-term goals.

This article originally appeared in the November 2009 issue of Black Enterprise magazine.