Unexpected events are apart of life. And perhaps no one knows this better than Dana and Julius Williams. In 2005–at the age of 46–Dana’s mother suffered a stroke. She is now unable to live alone because she cannot use her right hand and has trouble walking. She also suffers from high blood pressure, diabetes, and seizures. A former owner of a daycare center, she will never work again. “We have nobody to turn to and nothing to fall back on,â€ says Dana, 30.

After caring for Dana’s mother for two years, the San Marcos, Texas, couple is starting to feel the financial pinch. Dana, who earns $38,000 as an assistant director for the school district’s teen parenting program, is an only child, so meeting healthcare needs have fallen upon her as well as on her aunt, who has taken Dana’s mother in. Julius, 29, earns $80,000 as a driver for UPS.

Although they make a combined six-figure household income, money is tight. The couple has spent more than $20,000 a year on care for Dana’s mother, including $8,500 for her hospital stays. And each month, despite having private insurance, the Williamses pay more than $200 in out-of-pocket medical expenses. Dana’s mother takes eight different medications–one prescription alone costs $340 and must be refilled every three weeks. “It feels like we’re sinking,â€ Dana says. But the high school sweethearts, who have been married for five years, contend with other daunting financial challenges.

In addition to shelling out $2,277 for their monthly mortgage payment (including insurance and taxes) on their $315,000, four-bedroom home, they spend $500 monthly for daycare services for their 1-year-old son, Braxsten.

To make matters worse, Julius totaled his car in a serious accident shortly after Dana’s mother was released from the hospital. Instead of buying another car, the couple opted to use Dana’s mother’s car and assume car payments, insurance, and maintenance. They still owe $4,000. 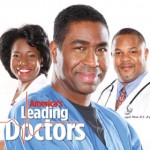