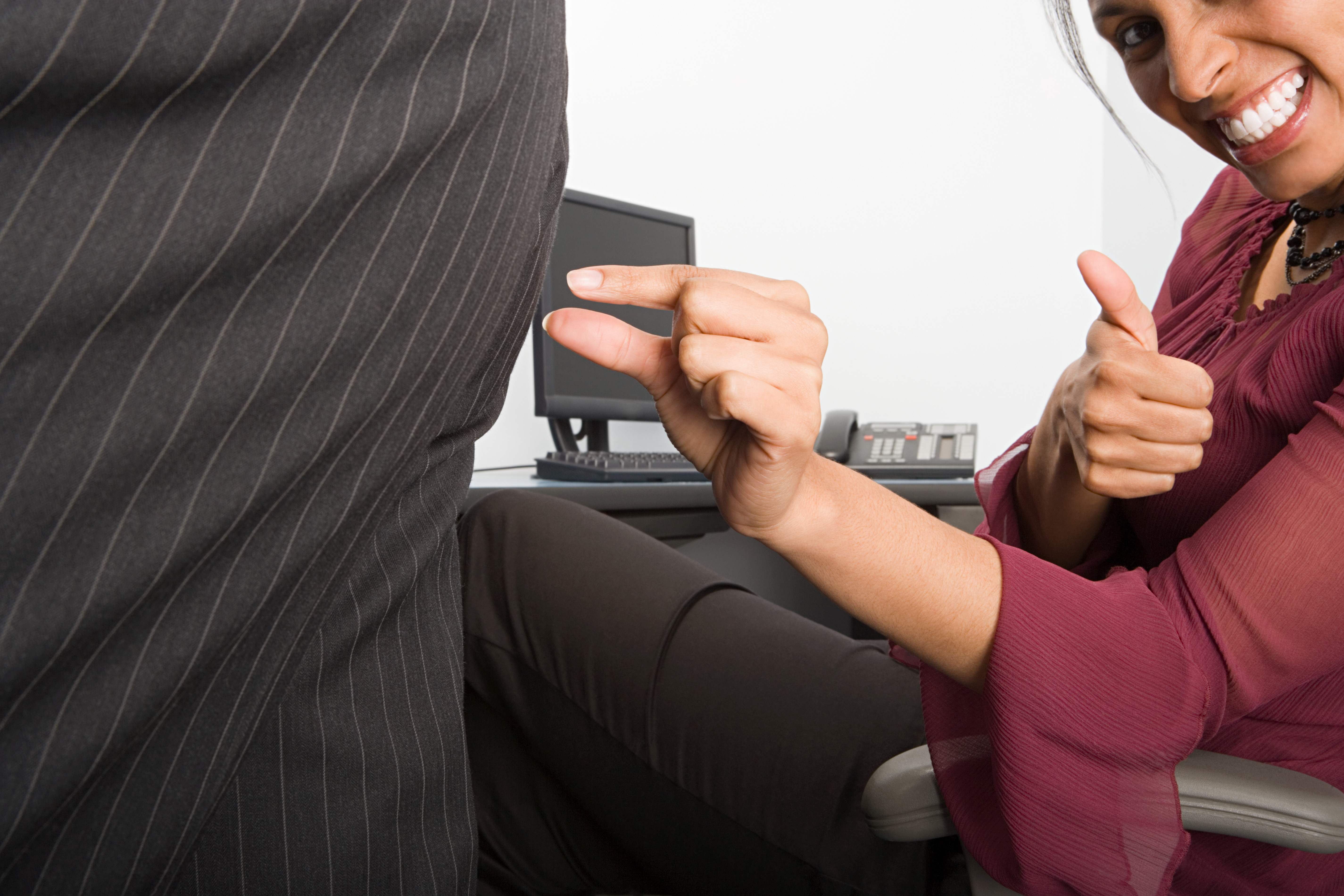 Women—and even some men—are going public, almost daily, accusing men of sexual misconduct within the workplace. Rarely do we hear stories of men being sexually harassed by women at work, but that doesn’t mean it doesn’t happen.

In the midst of several disturbing allegations of sexual misconduct coming out in the news recently, I am reminded of my own experience and the times when I felt comments or behavior from a female co-worker at my former place of employment were not OK.

Double standards in the workplace are extremely taboo and rarely discussed. Comments made in the same context between a man and woman can be taken differently.

I recall one time at my former job when a female co-worker asked me to assist her with one of the new programs the company used. I stopped by her desk to help her with the issue and when I leaned in to use her keyboard, she told me, “You smell really good.”

Honestly, maybe she just liked the cologne I was wearing but if I said the same in the same situation would it be appropriate? Can I tell a woman, “You smell good,” while we are working? If she reported that comment to human resources, would HR brush it off or would I find myself in trouble?

Another situation with the same co-worker happened when I wore a new pair of slim-fitting khakis to work. I was in the cafeteria getting coffee as she was sat with a group of other women from her department. She said “New pants? They look good on you.”

The entire table snickered. I remember at that exact moment I felt as though I were on display. I felt cheapened.

Again, let’s flip the situation. If I said to her, “That dress looks good on you,” how would she have taken the comment?

The last and final straw happened a few weeks later when this co-worker touched my arm and asked, “Have you been working out?”

Why was she touching me at all?

The first two situations mentioned—one can argue whether they were inappropriate or not—but not this. I knew if I had been the one to touch her body I would be unemployed.

There is an old saying that what you allow is what will continue. I did not want to get this woman fired or make a whole fiasco about it so I wrote her a direct email. I listed the three times she made me feel uncomfortable and asked her to please keep our relationship professional. She later apologized to me and only talked to me about work the rest of the time I was at that company.

Having been subject to harassment and now witnessing the barrage of sexual harassment stories dominating the news forces me to take accountability from another angle. That is that often men are more receptive to these comments, especially if it is coming from someone they find attractive. Nine times out of 10 we deem it as harmless flirting. But the point is that no matter your gender, there is a very thin line between being friendly/having an innocent conversation, and making your co-worker feel harassed or uncomfortable.