Malware Drops to New Lows, But Florida Most Infected 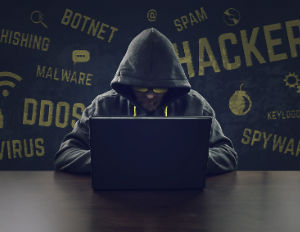 A new report reveals computer virus and malware infections dropped 47.3% in the first half of 2016. Florida cities Tampa and Orlando, have the highest number of infected devices in the U.S.

The steep drop is surprising considering how many more users and devices are online this year over last. According to tech research firm Gartner, the number of devices online rose 30% since last year–5.5 million new devices worldwide are connected every day.

ESG’s Ryan Gerding says the company knows why there was a drop in malware. “First, people are relying more than ever on their mobile devices to do a growing number of Internet tasks. PCs are still incredibly important, but as more work is done in mobile devices, that reduces time spent on PCs, which reduces infections, but it can lead to mobile infection rates to rise,â€ he says.

“Second, we believe consumers have become more aware of some of the common mistakes that lead to the more common infections such as: adware, potentially unwanted programs, and toolbars. Each of these types of infections are commonly bundled into other software when computer users download software. We think a growing number of people have become more aware of this practice and are more wary of accidentally installing unwanted software.â€

ESG warns user not to get lulled into a false sense of security. Ransomware infections are still high. This is malicious software that will make a user’s files or system inaccessible–essentially held hostage–until the user pays a demanded sum of money.

While ransomware’s presence is relatively high in the Internet wild, there is some good news. “Ransomware infections make up a tiny fraction of all infections,” Gerding says.