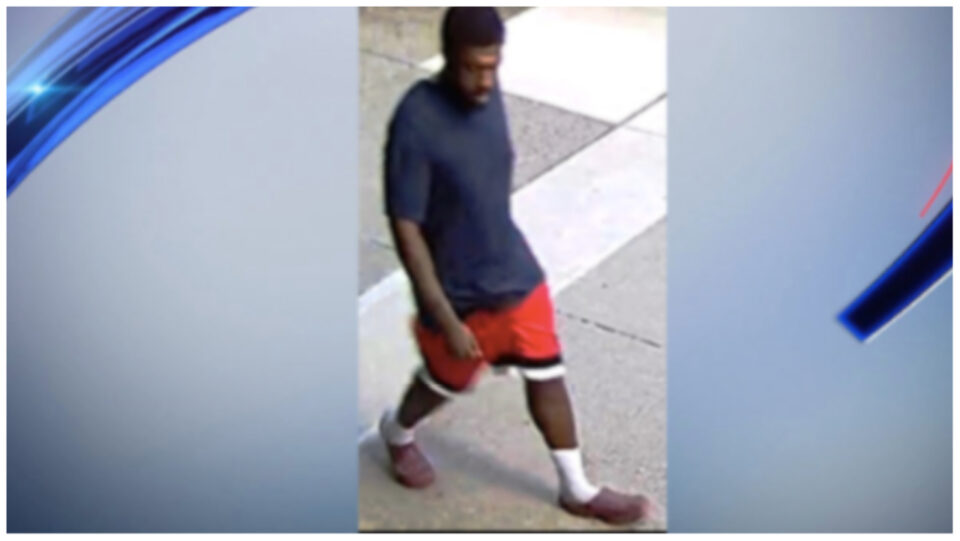 (Image by Pix 11 News / Twitter)
Surveillance cameras caught a man hitting a 27-year-old woman on the head unprovoked as she walked down the street in New York City on July 14, according to CBS News.
The woman was walking down Park Avenue on the Upper East Side near East 81st Street in Manhattan around 6 a.m. when a man walking in the opposite direction raised his arm and brought his fist down on her head. The man reportedly had an object in his hand as he attacked the woman and ran off after the unprovoked attack.
The victim was taken to New York Presbyterian Hospital by the paramedics where she was treated for a cut on her forehead before being released. Pix News 11 shared the video of the attack on Twitter.

“WATCH: A man attacks a woman unprovoked on the Upper East Side, police said.”

WATCH: A man attacks a woman unprovoked on the Upper East Side, police said. pic.twitter.com/DmZWmb6vRv

The man had a beard, a short afro and appeared to be 5 feet, 9 inches tall and was last seen fleeing the scene of the attack wearing a navy blue t-shirt with orange shorts with white and black stripes on the bottom, white socks and red Crocs. Surveillance cameras caught the man on video again after the attack at approximately 6:12 a.m. in front of an apartment building located at 1050 Fifth Ave.

The police released the video on July 30 and are asking anyone with pertinent information to contact the New York Police Department’s Crime Stoppers’ unit at 1-800-577-TIPS (8477) or to submit a tip on the Crime Stoppers website at crimestoppers.nypdonline.org. Tips can also be submitted through direct messages on Twitter @NYPDTips as well as through text messages by texting 274637 (CRIMES) and entering TIP577. A Spanish-speaking line is also available by calling 1-888-57-PISTA (74782) and all calls will be kept confidential.