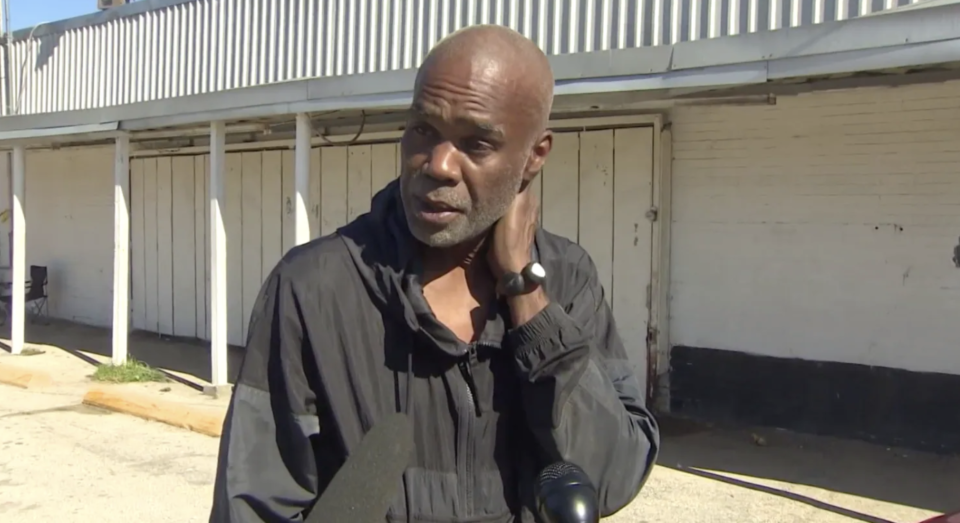 On Wednesday, a Houston man was hailed a hero for rescuing a deputy from a burning vehicle after the officer collided with another automobile, killing a woman and injuring two children while chasing a robbery suspect.

“I’m homeless. I was doing some work for someone. I was taking some tools back when I heard ‘boom, boom, boom, boom, boom.’ I ran out here to see what it is, and I saw a lot of cars, but I paid attention to the fire,” said Johnny Walker to ABC 13.

“My instincts were to go to that car and help him out because he was crushed in on both sides,” recalled Walker.

He also attempted to help the struck woman named Autrey Faith Simone Davis, who died in the collision. Her two children, the 5-year old is in critical condition, and the 2-year old is stabilized.

An unidentified Houston deputy noticed a vehicle that matched the description of the one used in a robbery. He ordered the driver to pull over the car. Instead, the driver fled. Investigators said the chase rose to 80 to 90 mph before the crash. The deputy sped through an intersection resulting in hitting Davis and her children, as well as five other vehicles, Click2Houston reports.

Walker tearfully recounted that he “tried to help that lady. She passed, though.”

Monica Collins, Walker’s sister, said her brother had been missing since Christmas Eve. Since being reunited, Collins created a GoFundMe account for Walker to assist him in counseling resources and to find housing.

“I just wish I could have done a little more,” said Walker. “When you have kids and family, even if you don’t, it’s just a critical point in time. It’s not about color; it’s about helping one another.”

“Sometimes you have to make a choice,” he continued. “That car was on fire. I could lose my life. I didn’t know who was in the other car. My heart just goes out to them and their family.”