Man Shot After 2 Teachers Enter Wrong Apartment, Get Into Bed 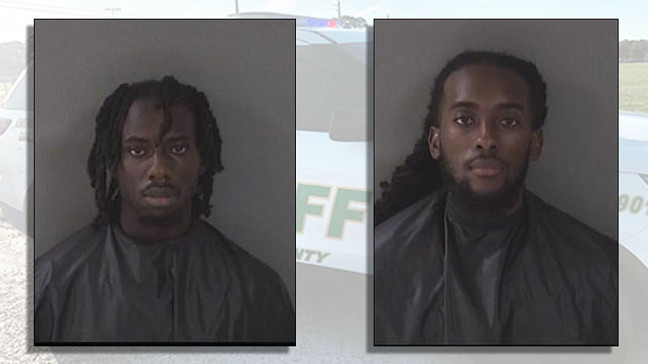 Two Florida teachers have been arrested and one man has been shot following what seems to have been a drunken accidental break-in.

According to CBS 12 in West Palm Beach, authorities say on Oct. 10, Akkua Hallback left Darius Cohen in his car as he visited a woman he had met earlier that evening. Upon returning to the car Hallback attempted to escort Cohen back to the woman’s apartment so he could use the restroom. The men, who had both been drinking, accidentally entered a neighbor’s apartment where a man, his wife and children were all asleep. As Hallback used the restroom, Cohen got into a bed.

“The wife initially was the one that heard them. And alerted her husband she started screaming his name,” Indian County sheriff Eric Flowers told local station WPTV. “That’s when he addressed the one that was in the bed and trying [sic] to keep them calm because of the children in the house.”

Flowers says an altercation broke out after the tenant was able to talk the men back out of his house.

“The combined story from the three of these guys — at some point when they get out into the parking lot, a scuffle ensues,” Flowers explained at a news conference. “At some point, somebody produces a gun. We don’t who produced the gun at this point. He [Cohen] admitted to the shooting. His side of the story was that they were struggling over the gun and it went off.”

Surveillance footage of the fight captured four gunshots as the unnamed tenant attempted to run away. He was shot once in the back. He proceeded to a friend’s apartment and called 911.

The two teachers, who both taught PE at area schools and were both former college athletes, were arrested on Monday. Fox 13 reports that, as of Oct. 20, Cohen, who was charged with attempted murder, remained at the Indian River County jail on $750,000 bail. Hallback, who faces a misdemeanor drug charge, was released on $15,000 bail.

Both men, who had only joined the Indian River County school district at the beginning of the 2021-2022 school year, have both been fired.