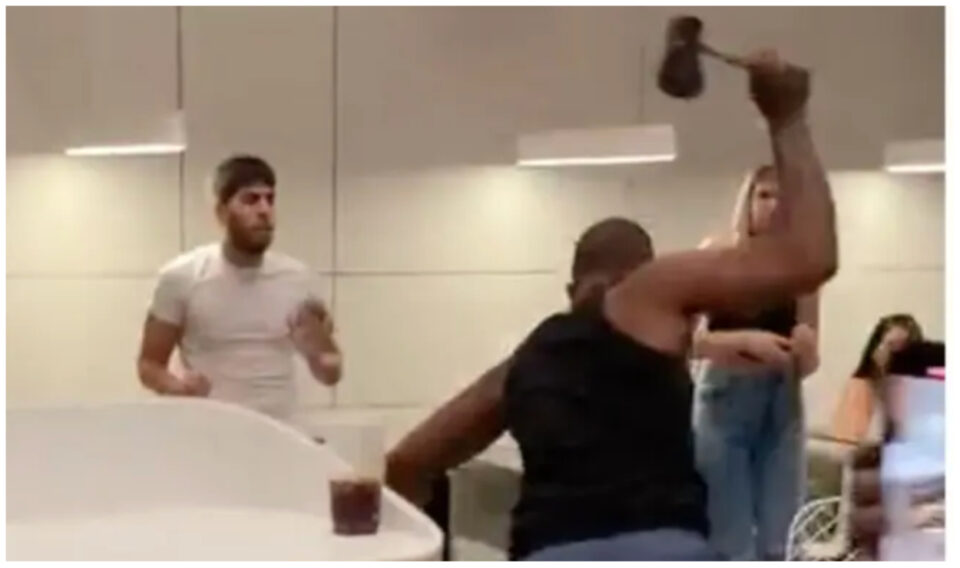 A man threatened several patrons with an ax at a McDonald’s in New York City on Sept. 16. The incident happened at approximately 2:25 a.m. on Delancey Street on Manhattan’s Lower East Side.

Thirty-one-year-old Michael Palacios terrorized several patrons inside the restaurant following a physical altercation. Video footage taken at the scene showed Palacios as he argued with several patrons at the establishment.

After the altercation became physical and several people appeared to punch Palacios in the head, he took off his backpack and retrieved an ax. Palacios slammed the ax on a table before smashing a glass partition and hitting one patron in the head. After wielding the ax at several other patrons, Palacios left the McDonald’s on his bicycle.

The video was posted on TikTok and Twitter where it quickly went viral. “@CrimeInNYC. NYC always good for some chaotic mayhem. He didn’t hurt anybody, but could have been ugly!”

@CrimeInNYC NYC always good for some chaotic mayhem. He didn’t hurt anybody, but could have been ugly ! pic.twitter.com/I6WvqROuGR

“Upon arrival of officers, witnesses at the location reported that the suspect got into a physical dispute with three unknown males inside of the location,” said a spokesperson for the Office of the Deputy Commissioner, Public Information. “The suspect removed an ax from his backpack and menaced the unknown males. The suspect intentionally caused property damage to the establishment. The individual was taken into custody by responding officers. A search incident to a lawful arrest, an additional knife was recovered from his backpack.”

No one was hurt during the mayhem, and Twitter users had jokes following the incident.
“When you get to Mickey D’s at 10:31 but they stopped serving breakfast at 10:30.” Another replied, “I feel the same kind of rage when my Mcdonald’s fries are soggy also.”
Palacios was arrested and charged with three counts of menacing, criminal mischief and two counts of criminal possession of a weapon.