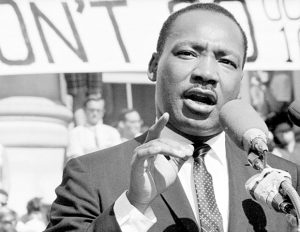 Striving to increase awareness of the events and heroes of the Civil Rights Era and inspire renewed passion for activism, the annual March On Washington Film Festival uses the power of film, music, and the arts to share these important stories. The Festival is a unique blend of documentary and narrative films with scholarship, first-person accounts, the performing arts and, new this year, a student and emerging film competition.

The March on Washington Film Festival launched in Washington, D.C., July 2013—just in time for the 50th Anniversary of the historic 1963 March On Washington for Jobs and Freedom. The festival kicks off July 13 through July 23 at various venues throughout the nation’s capitol.

This year’s lineup includes The Amazing Nina Simone, a new documentary by filmmaker Jeff L. Lieberman which reveals the real Nina Simone through over 50 intimate interviews with her family, band members and friends — those who knew the artistry and activism of one of America’s true musical geniuses.

The film Mavis! takes a look at the career of Mavis Staples, the role of Stax Records and Black radio DJs in the Civil Rights movement. Also, Jacquie Gales Webb, renowned radio host and executive producer of Black Radio Telling It Like It Was, will lead a discussion with Al Bell, former radio DJ, songwriter, record producer, owner of Stax Records; Sonja Williams, author, broadcast journalist and professor at Howard University (Department of Media, Journalism and Film); and Jonathan Jackson, entrepreneur and social justice advocate.

Also taking place is a discussion and performance by the surviving original Freedom Singers, the music they created, and the movement they inspired. They are: Dr. Bernice Johnson Reagon, Rutha Harris and Charles Neblett.

The Rebellious Life of Mrs. Rosa Parks is part of a lecture series on the definitive political biography of Rosa Parks that examines her six decades of activism, challenging perceptions of her as an accidental actor in the Civil Rights Movement.

The film Maya Angelou: And Still I RiseÂ reflects on how the events of history, culture, and the arts shaped Dr. Maya Angelou’s life and how she, in turn, helped shape our own worldview through her autobiographical literature and activism.

For more information on the 2016 March On Washington Film Festival visit the website at MarchOnWashingtonFilmFestival.org.