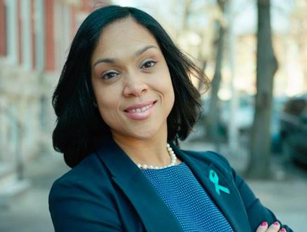 Marilyn Mosby, state attorney of Baltimore, Maryland, is scheduled to give the keynote address at the Women in NAACP (WIN) event this weekend in Philadelphia.

Founded in 1909, the NAACP is the nation’s oldest and largest nonpartisan civil rights organization. Its members throughout the United States and the world are the premier advocates for civil rights in their communities, as stated by the organization.

The annual national convention’s purpose is to establish policies and programs of action for the ensuing year while carrying out discussions surrounding the vision of the National Association for the Advancement of Colored People, which seeks to ensure a society in which all individuals have equal rights without discrimination based on race, according to the convention website.

Mosby will speak at the Women in NAACP Empowerment Forum and Brunch on Sunday. According to the NAACP, Mosby will “discuss the incredible ways in which women of color are breaking barriers and beating the odds through self-empowerment.”

Public support for Mosby significantly increased after her office filed charges against six police officers in connection with the arrest and death of 25-year-old Freddie Gray.

For more information on the convention, check out the website,Â here.