Mark Cuban Is Right, Liberal Arts Majors Are the Key to the Future 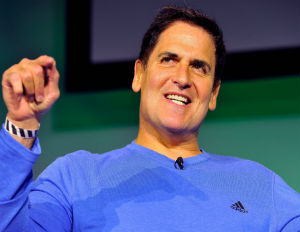 Last year, at our TechConneXt Summit–the annual conference in Silicon Valley that examines all things tech, including job opportunities, advice for startups, and the celebrated BE Smart Hackathon–featured a one-on-one with Stewart Butterfield, the CEO of Slack.

Butterfield is also a co-founder of Flickr, the photo sharing site, so his tech cred is real. You might think he was a computer science major or focused on some other STEM subject in college, but, in fact, Butterfield was a philosophy major, and according to Forbes, he also has a master’s in philosophy, as well.

I’ve written about this topic a few times, but it’s worth repeating: Liberal arts majors will do just fine in the technological age. In fact, they are acquiring the thinking skills that will help them excel in this era.

Mark Cuban, the billionaire Shark Tank investor and owner of the Dallas Mavericks, was recently in the news for advising today’s students to pursue the liberal arts.

According to the website Futurism, Cuban expanded on his thoughts at the recent SXSW conference: “We are going through the process where software will automate software, automation will automate automation. I would not want to be a CPA right now. I would not want to be an accountant right now. I would rather be a philosophy major. Knowing how to critically think and assess them from a global perspective, I think, is going to be more valuable than what we see as exciting careers today, which might be programming or CPA or those types of things.â€

STEM Majors: Take This to Heart

My son is a computer science major, and frankly, I’m happy that he’s always been interested in technology, science, and math. However, he also has a wide range of interests, including studying Japanese for years and being an avid reader. He’s interested in philosophy and excels in his English courses.We’re hoping that with strong critical thinking, communication, and people skills, plus his tech background, he’ll find sustainable employment after he graduates.

The liberal arts and tech combination of skills is what makes the most attractive job candidates, according to anÂ Emerging Careers report, which states the following: “At least five of the emerging jobs we describe in this report represent promising opportunities for people who have a strong liberal arts background a ‘plus,’ with the ‘plus’ representing credentialing, certification, or even a master’s degree in a somewhat more technical and analytical competency.â€

Yes, the future is technological, but it’s the critical thinking and people skills that will open doors for you. Mark Cuban just may be right.