Mark Zuckerberg Lays Down the Hammer on Fake News 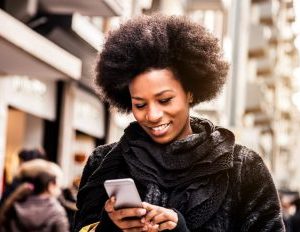 Facebook founder Mark Zuckerberg outlined a set of new technologies and strategies to tackle the propagation of fake news articles.

A blog post by Adam Mosseri, VP, News Feed at Facebook, detailed the new ways the social media titan is fighting fake news. Facebook users will have the ability to report articles they suspect are hoaxes. “It’s a fake news story,â€ is now one of the selection options, after clicking the upper right-hand of a post.

Third-party fact checkers will be sent news items reported as false. These news items can still be shared. However, if fact checkers deem them untrue, the articles will be flagged with “Disputed by 3rd Parties.â€

Stories flagged as “disputedâ€ will be unable to be made into ads or promotions.

The company is also taking away the financial incentive of spammers, and those creating fake news. These impostors make money by creating sensationalist, un-sourced news, and drive readers to their articles. The more readers that click them, the more spammers make in ad revenue.

Facebook is eliminating domain-spoofing on its platform. This is a common tactic used by spammers to make a fake news story seem as though it is coming from a reliable news site. Algorithms will also be employed to analyze publisher sites for content integrity. Additionally, algorithms will rank articles that people share after actually reading, instead of just reading the headline.

“We have a responsibility to make sure Facebook has the greatest positive impact on the world. This update is just one of many steps forward, and there will be more work beyond this,â€ wrote Zuckerberg, in a post on his Facebook page.

“With any changes we make, we must fight to give all people a voice, and resist the path of becoming arbiters of truth ourselves. I believe we can build a more informed community, and uphold these principles,â€ he continued.

Facebook did not specify an exact date for these changes and updates to commence, but said that “we’re testing and starting to roll out.â€