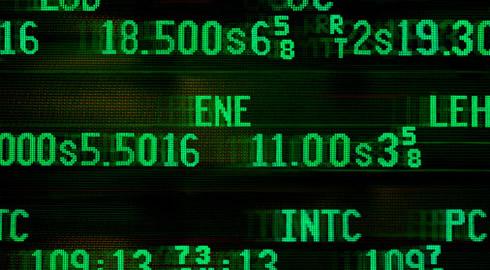 Stock predictions for the first week in August do not seem too promising.

Early last week, the economy seemed to improve slightly after President George W. Bush signed into law a $300 billion bill aimed at rescuing the housing market. The bill also included a rescue plan for bleeding mortgage finance firms Fannie Mae and Freddie Mac. But by Friday, the Dow had dropped 51.7 points and the Department of Labor reported that employers cut 51,000 jobs in July.

Also adding to the bad news, the auto industry’s annualized selling rate for July decreased to 12.6 million vehicles, the lowest since 1992. Sales of cars and light trucks at Chrysler, Ford, and GM fell by 29%, 26% and 15%, respectively. Chrysler says it plans to cut 1,000 white-collar posts by the end of September. After posting a $15.5 billion quarterly loss, GM shares closed 84 cents lower to $10.23.

In addition, Standard & Poor’s Case-Shiller Home Index reported that prices for homes fell 15.8% in May, the most since 2001.

Instead of a recession–which requires two straight quarters of negative growth for gross domestic product (GDP)–analysts are calling the current situation an economic slow down. Many believe that speculation from institutional investors is driving energy prices higher.

“The good news is oil prices came down quite a bit,â€ says Eugene Profit, CEO of Profit Investment Management (No. 14 on the BE 100s Asset Managers list with $1.4 billion under management). “The bad news is no one expects for them to stay down for long.â€ Additionally, Profit says housing sector improvement won’t be seen until 2010.

From day to day, oil prices and stock points are rising and falling on the New York Mercantile Exchange. “The good news is oil prices came down quite a bit,â€ says Eugene A. Profit, CEO of Profit Investment Management (No. 14 on the BE 100s Asset Managers list with $1.4 billion in assets under management). “The bad news is no one expects for them to stay down for long.â€ Also, Profit says, housing sector improvement won’t be seen until 2010.

In response to the lagging markets in the U.S., India and countries in Africa have instructed their farmers to reduce production and decrease exports so that the demand for oil–both crude and corn–will not affect the prices in their countries.

“As exports shrink and imports grow, the deficits [will] get larger until we get our house in order,â€ says Maceo Sloan, CEO of Durham-based NCM Capital (No. 6 on the BE 100s Asset Managers list with $2.9 billion in assets under management. “Hopefully it doesn’t fall to the point where the world doesn’t think the dollar is how currency should be judged.â€

The dollar remains weak because the Federal Reserve Board is reluctant to increase interest rates at a time when a rise may send consumers further into hibernation. “But if they lower interest rates they weaken the dollar further and that is inflationary,â€ Profit says. “So we