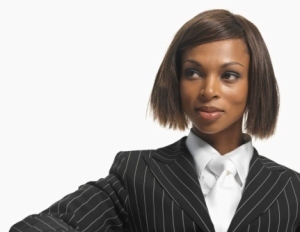 They’ve been called everything from entitled to lazy to financially irresponsible. They’re millennials—people born between 1982 and 2004. While older generations say they don’t get it, maybe they don’t get them. Here are some things you should know if you’re trying to market to millennials or just have them in your life.

They are the most educated generation in history, with more completing higher education than any other group. With that higher education comes a heavy student loan burden, with debt at more than $1 trillion in the United States. That, coupled with coming of age during a terrible job market and stagnant wages, make millennials one of the first generations who will be less financially well-off than their parents. According to the Federal Reserve, the average household headed by someone age 35 or younger has $5,500 in financial assets.

Analysts say that’s huge.Â  We need to understand that the ‘go to school,’ ‘work hard,’Â  ‘save for retirement’ model that worked for Baby Boomers and Generation X simply doesn’t add up for Millennials.Â  Their financial attitudes are much more like those of people who grew up during the great depression.

Research has shown that millennials aren’t big fans of the financial markets—they are much more interested in saving for a rainy day than investing. In addition to a bad economy, they’ve also been bombarded with images of financial misdeeds on Wall Street during their formative years.

According to a study by Kansas City, Missouri-based Barkley, 40% of Americans between ages of 25 and 34 are parents—another big financial burden that could contribute to having more concern about things like emergency savings rather than making gains in stocks.

That being said, they do keep an eye to the future—a good thing considering their average life expectancy is about 84 years old.Â  A survey by the Transamerica Center for Retirement Studies finds that Millennials are saving and investing more for retirement than Gen Xer’s and Baby Boomers, with 74% starting to save for retirement at the median age of 22.Â  That’s five years sooner than Gen Xers and 13 years sooner than Baby Boomers.

So, what do other generations need to know in order to connect with this unique group?

Most important, don’t forget millennials are smart and innovative. Older generations just need to meet them where they are, not where they think they should be.