3 Marketing Tactics You Can Learn From Trump's White House Win 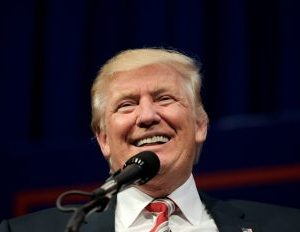 With the inauguration behind us and the shock of one of the most controversial elections to date begins to set in, many are questioning exactly how the presidency was won. Was it low voter turnout, a flawed system, or just great marketing that pulled the Trump campaign to victory?

Whether you love or loathe the outcome, we should not overlook those effective marketing tactics such asÂ focused targeting, audience appeal, and proper positioning, which were key factors to the campaign’s success. However, this is not a new phenomenon in the political arena. Throughout history as early as Abraham Lincoln, presidential campaigns have used clever promotional strategies to edge out their opponents to take the win. Much like today, he or she who wields the wand of attraction usually commands the lead.

Here are three strategic marketing lessons that can be learned from presidential campaigns:

You must be closely familiar with your audience in order to gain their attention. Understanding who you want to communicate with and more importantly, who wants to communicate with you will be vital in yielding the best results from your marketing efforts. Discovering precisely who your ideal target is and what is most important to them will help to make a larger impact in bending their ear to your message. Donald Trump’s campaign was successful in doing this because it identified which specific audiences who were more prone to embrace his platform’s topics. Once he distinguished who was listening, he crafted and consistently distributed messaging that was supportive of his audience’s views so that he could influence their decisions, which ultimately gained him a win.

In order to obtain and sustain a competitive position, it is necessary to stay in-the-know about new and upcoming trends. Stay ahead of the curve by scanning, reading, and watching the latest marketing trends that are relevant to your industry. Experiment on newer platforms and outlets to determine which will be more powerful in your promotion efforts. Former Presidents Bill Clinton and Barack Obama both did this by enlisting trending pop culture tactics that included appearing on MTV and engaging on social media platforms such as Twitter, Myspace, and Facebook, which engaged younger voters in the process and contributed to their prosperous campaigns.

Not just with social media, but using alternate media outlets such as podcasts, in-person discussions, and focus groups to facilitate and build relationships. Use these opportunities to build authentic connections that create trust and likeability that can ultimately increase credibility. Franklin D. Roosevelt used fireside chats to connect with the people in their homes and discussed topics that were important to American people at the time. This is modern day “relationship marketingâ€ and it was successful in helping him to build a connection and get him elected for four terms.

The principles behind winning a presidency are no different from winning clients. You must have influence, stay up-to-date, and forge healthy relationships in order to be successful and triumphant.

Sherron Washington, M.A. is a marketing strategist, author, speaker and CEO of the P3 Solution, a full-service marketing and communications agency that specializes in providing strategy, design, and social media marketing solutions for businesses. Follow her on TwitterÂ @thep3solution

Sherron Washington is a marketing strategist, author, speaker and CEO of the P3 Solution, a full service marketing and communications that specializes in providing simple strategy, design and social media marketing solutions for small businesses, non-profit organizations, associations and entrepreneurs. She has built her firm around the principle of "marketing simple," which instruct clients to embrace simplified methods to promoting their business.