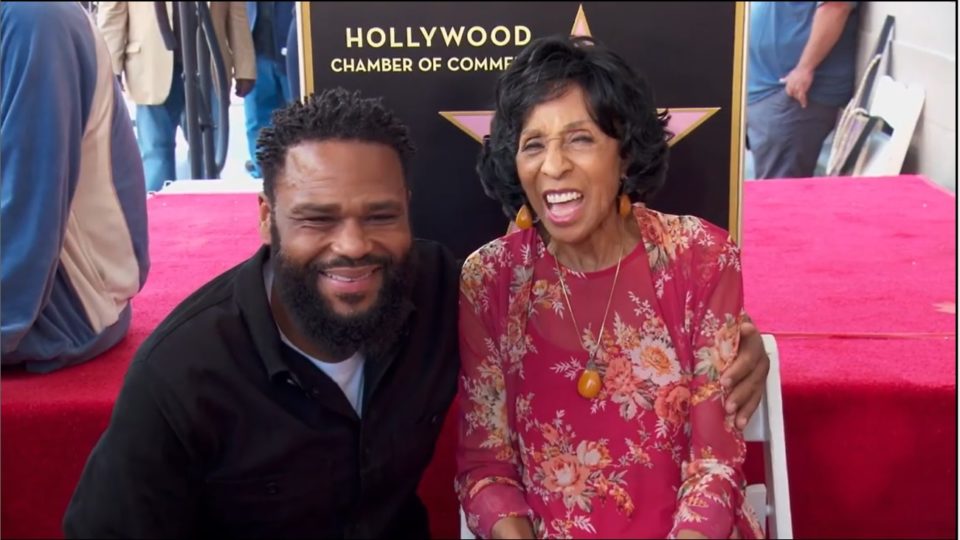 On Tuesday, the incomparable actress Marla Gibbs of “The Jefferson’s” and “227” fame, received her star on the Hollywood Walk of Fame along with all the flowers and praise giving honor to the TV legend and her long and storied career.

A post shared by Hollywood Walk Of Fame (@hwdwalkoffame)

Gibbs, who is well remembered as George and Louise Jefferson’s feisty maid who shot side-splitting one-liners on The Jefferson’s sitcom, back in the 70s and 80s, was surrounded by family and friends like famed TV producer Norman Lear, the force behind icons 70’s TV shows like The Jeffersons, Good Times, and All In The Family.

During the ceremony, Gibbs seemed to have a slight fainting spell. While giving her acceptance speech in the sweltering Cali heat, the acclaimed actress started to slump over a bit while giving her speech before her son stepped in and helped his 90-year-old mom straighten up, KTLA reports.

Medics were called to the scene, but the former “227” star declined to be transported to the hospital, drank some water and after a brief break, picked back up the pace and continued her celebration.

“Thank you to all of you who have been fans of ‘The Jeffersons’ and ‘227,’” she said in her acceptance speech. “We love you, and this is because you watched us that we were able to excel, and I’m able to be here today.”

Gibbs is a Chicago native who achieved the status of becoming “a five-time Emmy-nominated actress.”

“Marla got overwhelmed with all the excitement and heat but doing very well,” the actress’ agent, Garry Purdy, later said in an email. “She’s enjoying the after party now!”

Celebrity friends like Tisha Campbell and Anthony Anderson were on hand to celebrate Gibbs.