Marlon Wayans To Produce Show Based on His Life 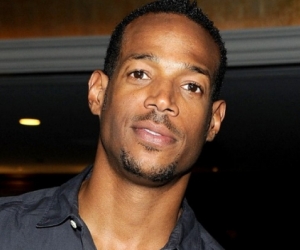 According to reports, Marlon Wayans has produced a new show loosely based on his life called Marlon, that has been picked up by NBC. The show will star the comedian and the story centers around a father’s journey to co-parent with an ex he doesn’t see eye-to-eye with.

According to reports,Â Wayans launched a production company with his business partner Rick Alvarez last year based at Universal TV, with which the comic star signed an overall deal. The new show is under that deal and is co-created with Chris Moynihan.

[Related: Morris Chestnut Talks ‘Rosewood’ and the Key to Longevity in Hollywood]

Under the overall deal with Universal TV, Wayans and Alvarez are set to to develop scripted and nonscripted projects. Alvarez heads company operations and will oversee scripted TV projects, and producing partner Steve Harris will oversee nonscripted programming. Wayans hosts the studio’s reality series for NBC, I Can Do That, which tied for the highest-rated 2015 summer unscripted premiere on NBC in four years, according to The Hollywood Reporter. Â The company is also working on another show called Bring The Funny with NBC.

Wayans, who co-created and starred in the WB’s The Wayans Brothers, has also hosted, co-created, and executive produced the TBS comedy competition show Funniest Wins, and co-executive produced BET’s Second Generation Wayans. He’s set to star on the big screen in Fifty Shades Of Black, a comedy spoof that opens in theaters January 29. Watch the trailer below: