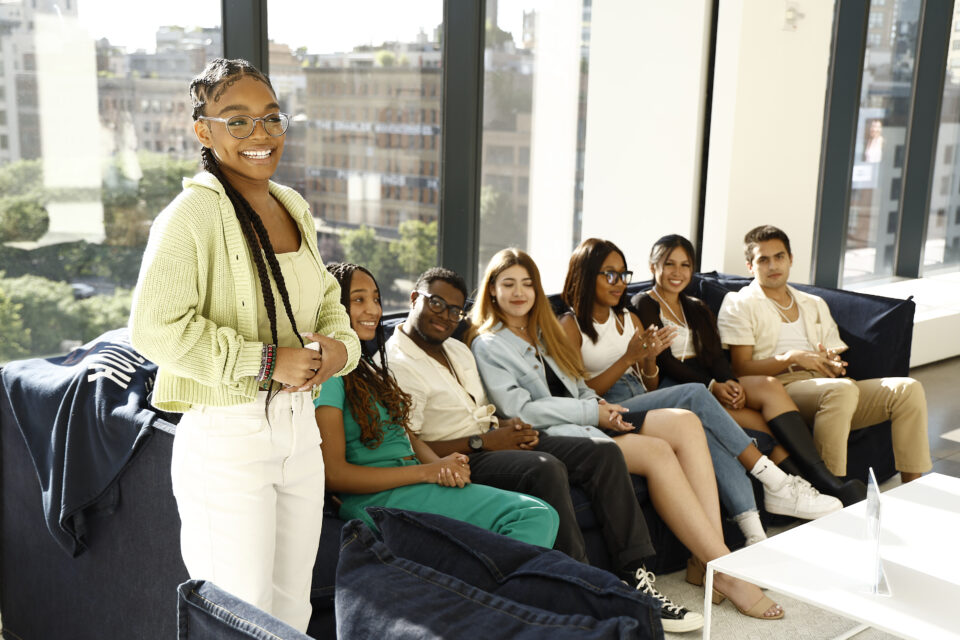 Black-ish alumna Marsai Martin reigns as the face of fashion brand Hollister—from partnering with her father on a denim campaign dubbed “Respect The Jeans” to now empowering youth to pursue their creative, career, and life ambitions alongside brand ambassadorship.

According to People, the 17-year-old actress and producer is teaming up with Hollister to relaunch its Brand Agent Program, a nationwide brand ambassador program, for high schoolers nationwide.

“My partnership with Hollister has been one of my favorite things that I’ve done this year,” Martin told People.  “So when the opportunity presented itself to work together again, it was a no-brainer.”

The brand is also implementing the “Hollister FWD Fund” to its existing program, which is a “platform designed to monetarily fuel teens’ passions and empower the next generation of changemakers,” as stated in a press release.

“The FWD Fund and the opportunities it provides young designers is a great thing,” Martin added. Kids my age need a village to support their dreams and Hollister stepped up in a big way.”

Teens Gabby Ragsdale of California, Michael Burrell, Jr. of Illinois, Brooke Sibla of California, Antonio Arguelles of Texas, Zara Mendes of New Jersey, and Zikora Akanegbu of Maryland were all selected to be part of the year-long program.

According to the release, they will receive ongoing mentorship and coaching from experienced leaders and executives at Hollister and beyond as well as hands-on paid experience to prepare them for successful careers.

Martin’s career is only just beginning. At 14, she starred in and executive produced the 2019 film, Little, becoming Hollywood’s youngest person ever to do so. But that’s not all. She is stunning the world not only with her interior design show, Remix My Space, and nail line, Mari By Marsai, but with her passion of spreading joy on the fashion front.

At every turn, this impressive teen achieves red-carpet excellence.

“I’ve always been a fashionista in some way,” Martin previously told Fashionista. “I’ve always loved being comfortable as soon as I got home, but I used to love doing photo shoots, headshots, and all that stuff for my grandparents to see. I feel like my younger self would be proud of the things I’m be doing right now, because we’re in a world of style.”

Watch out for this young mogul in the making. She just might launch a fashion line next.