Controversial Martin Luther King Biopic Is Back On - 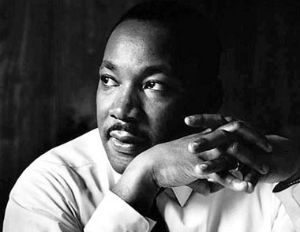 An on-again-off-again Hollywood biopic about Martin Luther King is back on again, according to Deadline:

You might recall the picture was shelved after Universal Pictures dropped out, and [Paul]Â Greengrass and producer Scott Rudin shelved it because it became too difficult to set up new financing and shoot the film so that it could be released during the MLK weekend holiday. Greengrass and Rudin moved on to makeÂ Captain Phillips, the Sony drama about the Somali pirate heist that stars Tom Hanks as Captain Richard Phillips.

The movie focuses on King’s last days as he tries to organize a march for striking municipal workers in Memphis, as well as the hunt for his assassin and the F.B.I.’s surveillance of him.

Deadline reported previously that the King estate had objections to the film and put pressure on the filmmakers’ to scuttle it.

Read the whole story at Deadline.