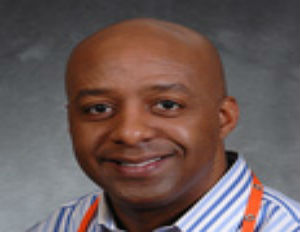 The Board of Directors of J.C. Penney Company, Inc. announced that effective November 1, 2014, Marvin Ellison will become the new President and CEO-Designee of JCPenney.

Ellison, who is the executive vice president of Home Depot stores, has worked at his current company for 12 years after working in various positions at Target for 15 years.

“The Board has completed its search for the right CEO to lead the next stage of JCPenney’s growth,” said Thomas J. Engibous, chairman of JCPenney’s board of directors. “We are delighted to have found that person in Marvin Ellison, a highly accomplished retail executive with a history of delivering top and bottom line results at major American retailers. He brings to the role, among other assets, an extensive knowledge of store operations and supply chain management as well as a demonstrated ability to successfully run large retail organizations.”

Ellison is expected to officially succeed Myron E. Ullman, III as CEO of JCPenney starting August 1, 2015, with Mr. Ullman moving on to serve as Executive Chairman of the Board for one year.

Ullman came out of retirement to return to his role as head of the company, after CEO Ron Johnson was released in April 2013. After going through several leadership and image changes in order to avoid bankruptcy and remain afloat, hopefully Ellison will be just the answer JCPenney needs in order to be a leading retail competitor.