Maryland Mother Fights for Son who was Jailed for Defending Himself 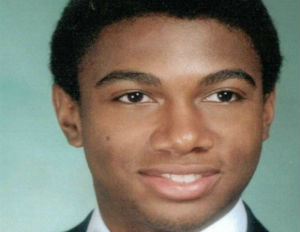 In October of 2006, Â 21-year-old Brandon Jackson of Solomons, MarylandÂ (pictured), was reportedly jumped by 7 to 8 White males.

Now, six years later, Brandon has been sentenced by a nearly all-White jury to 12 years in prison for attempted murder, aggravated assault, and possession of a weapon for simply defending himself.

Brandon’s mother,Â Gloria Fisher, spoke withÂ NewsOne about how she won’t stop until she gets justice for Brandon.

Read the whole story and watch a video at NewsOne.