Maryland No. 1 State For Innovation And Entrepreneurship 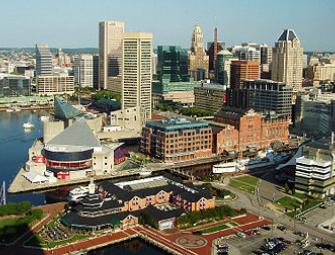 Maryland has retained top rankings in the U.S. Chamber of Commerce Foundation’s annual “Enterprising States” study. For the third consecutive year, the State ranked No. 1 in Innovation and Entrepreneurship, followed by Colorado and Washington. California came in 13th place.

For the second year in a row, Maryland also ranked third in the nation for its Talent Pipeline. In the study’sÂ Enterprising States Technology and Entrepreneurship category, Maryland was named firstÂ in STEM job concentration, first in academic research and development, third in high-tech business concentration, and ninth in 10-year STEM job growth.

Several initiatives, supported by Governor Martin O’Malley and the Maryland Department of Business and Development, were cited by theÂ U.S. Chamber of Commerce Foundation for fostering innovation and entrepreneurship.

“In Maryland, we have made smart investments in innovative programs like InvestMaryland, as well as in young biotechnology and cybersecurity firms raising private capital, research and development incentives, incubators, accelerators and a host of other initiatives that support the entrepreneurs and innovators of our State,â€ notes Dominick Murray, secretary of DBED. “These men and women are developing technologies that keep us safer, healthier and better connected than ever before, all while creating the family sustaining jobs of today and tomorrow,â€ he added.

According to the study, Maryland’s top ranking for its Talent Pipeline was directly related toÂ several public-private collaborative projects championed by Governor O’Malley, Secretary Murray and industry leaders. According to the study, theÂ STEM Task Force, theÂ Maryland Business Roundtable for Education,Â We Work for Health andÂ Junior Achievement of Central Maryland have each made strides toward cultivating a skilled workforce.

Some of the State’s most important industries have also taken an increasingly active role in education.Â In the past five years, Maryland’s biotechnology industry has invested more than $100 million and 27,000 volunteer hours in STEM education, reaching 500,000 students and 8,000 teachers every year, according to the study.

To learn if your state is creating jobs and economic growth, click Here.