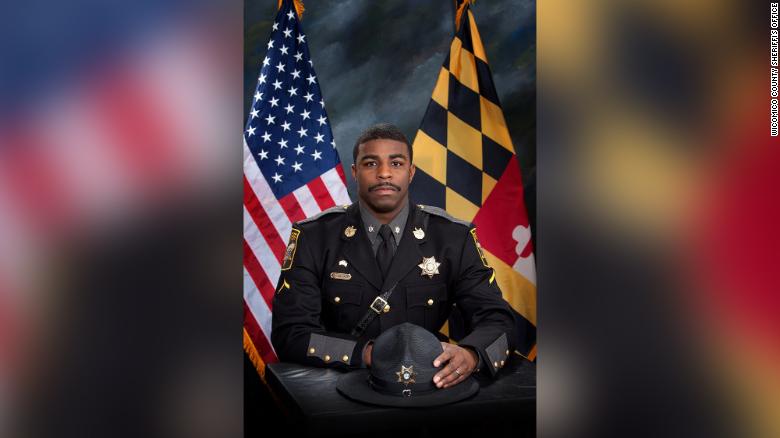 Deputy First Class Glenn Hilliard of Wicomico County in Maryland was shot and killed while chasing a fugitive on Sunday.

According to CBS News, the sheriff’s office confirmed that the 16-year veteran with the Wicomico County Sheriff’s Office was killed by a suspect wanted on multiple felony warrants in other jurisdictions.

The fatal shot occurred right before Hilliard located 20-year-old Austin Jacob Allen Davidson in the area of the Talbot Street Apartments in the 7400 block of Gumboro Road in Pittsville, Maryland, per a news release by the Maryland State Police.

A brief foot pursuit transpired once Hilliard set his sights on the suspect. During the chase, Davidson shot Hilliard with a handgun before he ran away from the scene. The 42-year-old Deputy First Class was later transported by ambulance to TidalHealth Peninsula Regional Hospital in Salisbury, Maryland, where he was pronounced deceased.

Davidson turned himself into the authorities about two hours after the shooting and following an extensive manhunt.

The case is still under investigation under the leadership of the Maryland State Police Homicide Unit with assistance from the Wicomico County Sheriff’s Office.

“As an organization, we are heartbroken over this senseless and tragic murder,” the sheriff’s office said in a statement on Facebook. “This loss exacts an enormous emotional toll on the Sheriff’s Office family, but we will do what is necessary and proper to honor Glenn and support those who knew and loved him.”

On Monday night, about 1,000 community members gathered in mourning in the parking lot of Shorebirds Stadium for a vigil in honor of Hilliard, WMDT reported.

Hilliard was a son, a husband, and a father to three children.

“The only reason why I am able to function is because I know he died doing what he loved,” said Hilliard’s wife, Tashika Hilliard, according to the news outlet. “Glenn’s life was his career. He loved what he did. Every day he chose to go out and to protect Wicomico County.”