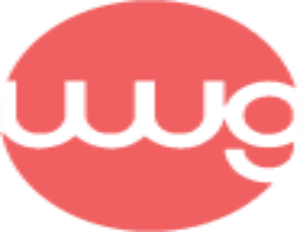 The longest standing black-owned agency and one of the nation’s leading multicultural advertising firms is taking bold steps into a new frontier.

UniWorld has announced a rebranding initiative that will ensure they remain a 21st century industry giant and magnify their footprint in this digital age.

The makeover at UniWorld includes an official name change, from UniWorld to UWG, a website overhaul and the introduction of the Culture Labs program. 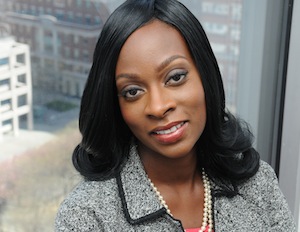 Monique Nelson was named co-CEO by legendary founder Byron Lewis just a couple of years ago. She is making good on a business plan she talked about not long after she took the reins.

She tells Black Enterprise she has been planning to implement these changes which she already had in the pipeline since she took over.

“Why not now? The agency was ready, we have the right players, we have great folks that are energized surrounding it. Our company is talented, multi-faceted and multi-cultural in every way?” Nelson says. “So if you look at the site, you can now visually understand what we bring to our clients, because we are who we preach. And I thought that was really important to get out there as quickly as possible.”

Nelson says over the past few years she has been attempting to turn the company into a cultural center. She wants higher visibility for the agency, as well as an increase in revenue. “I want us to be as taken as more than just a black agency. I want to be the best agency in the market that just happens to be black-owned,” she says.

A company press release describes Culture Labs as “An initiative to deeply understand evolving cultural trends that will keep UWG in the forefront of the ever-changing cultural landscape.”

Nelson says the culture labs enable the agency to continue to tap into what’s new, what’s next and what’s happening. “Marketing no longer is an exercise with a focus group or a survey or through quantitative research. We know the type of work we are doing for our clients has to be steeped in now,” she says. “Why not have an ongoing conversation about what’s current and what’s happening on the streets because that is the stuff we may not get in a research study or group. It’s usually obsolete by the time it hits print. What we’ll like to do is combine the insights we get from traditional research and with this ongoing conversation with interesting players in the cultural realm that will allow us to develop fresh and unique insights, targeted insights to and from clients in real time.”

The first Culture Lab launched in the agency’s Brooklyn, New York, headquarters. A borough considered to be a multicultural hotbed. Future Culture Labs will be developed in Detroit and Atlanta.

While the Culture Labs are innovative, the new website also reveals what the agency boasts as its greatest asset – its people.

“An agency is only as good as the people. We don’t have a manufacturing facility — it’s not like we make widgets or tires. We make ideas — we make vision — we make people want things they hadn’t thought about — there is something about that creative energy around the people that makes that unique and that’s what’s most important about what we do. What we offer our clients is the unique perspective of our people and people are our biggest asset.”

The diverse experts collaborate to tell insight-driven stories, ultimately delivering the perfect connection between consumers and the brand. Under Nelson’s leadership, UWG has expanded its services in Hispanic, Asian and LGBT marketing, picking up new business in all of those segments. The agency has also won nominations and awards for its marketing efforts in those areas.

“The one thing about the legacy of what UniWorld has always offered is about connectingÂ  cultural consumers through brands and I think ultimately while we have been most known for our African American work, one of the littler less known facts has been our work with Hispanic as well as Asian markets,” Nelson says. “We pay attention to the details of culture and race is a part of that conversation because we do live here in the U.S and it is a clear part of our legacy and our history. In all honesty, even African Americans differ from one another and I don’t think that that is necessarily seen and understood as well as it should be across the board.”

Uniworld is a BE 100s advertising agency. Known as one of the “founding fathers of multicultural advertising and marketing” in the United States, Byron Lewis built a company out of necessity and ended up changing an entire industry in the process.

“This is a very exciting time. Not just for UWG, but for the industry,” Nelson says. “The landscape is changing every day, and we have to be nimble and ready to act. As marketers, our clients look to us to tell their story to consumers. We can’t do it without studying and understanding cultural trends that help us tell our clients’ stories with passion, depth and integrity.”

According to a company press release, founded in 1969, UWG, Inc., is the longest-standing, full-service, multicultural marketing agency in the United States. The agency continues to be a trendsetter, poised to connect forward-thinking brands to the nearly $3 trillion spending power of multicultural consumers, while pushing the envelope with innovative ideas and fresh solutions for the general market. UWG’s scope has expanded through a strategic alliance with WPP, one of the world’s largest communication service groups.