Master P Delivers Moving Tribute To Daughter Tytyana: 'It's Time To Celebrate Her' 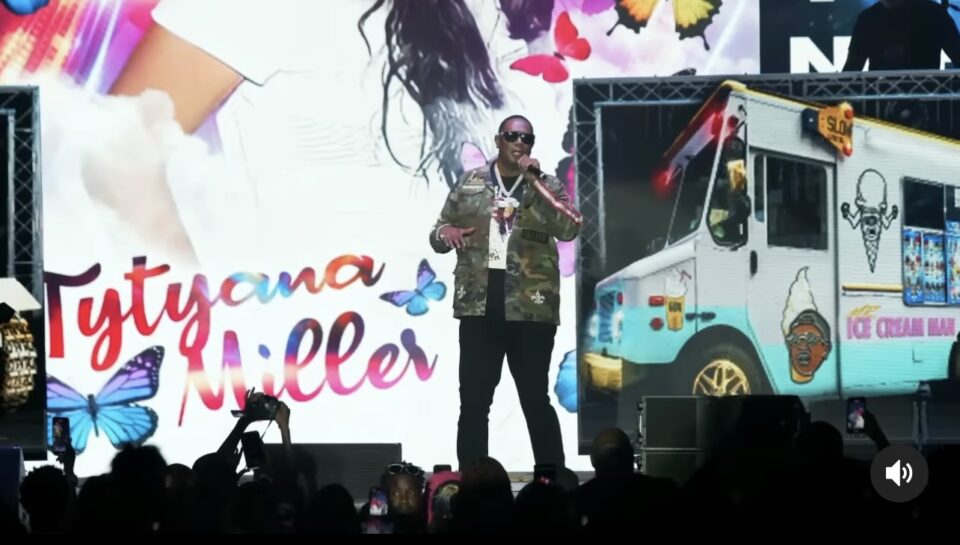 Following the untimely death of his daughter, rapper and hip-hop mogul Master P says he is redirecting his grief and intends to support millions of kids through the crippling effects of mental illness and substance abuse.

On Sunday, May 29, the heartbroken father announced that his 29-year-old daughter, Tytyana Miller, had died. As BLACK ENTERPRISE previously reported, the Growing Up Hip-Hop star may have died from an overdose after authorities discovered drug paraphernalia at the scene.

According to Complex, Master P paid a heartfelt tribute to his daughter at a recent performance. On Instagram, a video pans over a large crowd while the entertainer expresses his love for his beloved onstage. The camera also captures Tytyana’s face and name with butterflies adorned on the stage backdrop.

“We ain’t gonna grieve no more; we’re going to celebrate because now I’m going to be able to take care of millions of kids and save millions of lives,” Master P said during the performance. “I’m going to get out here and play my part… Mental illness and substance abuse is a serious thing.”

The celebration kicked off once Master P turned the mood around. He had the crowd jamming and singing to his daughter’s theme song, “You Are Not Alone” by Michael Jackson.

“I always been my daughter’s parachute, now she’s my parachute in the sky,” Master P opened up in the Instagram caption.

Last week, Master P shared in a thank you post that his daughter had been battling with such “a long and painful journey” since 2015.

“Every day families are dealing with the loss of their loved ones due to mental illness and substance abuse,” Master P wrote, adding that he is “committed to invest my time, resources and passion to help other families affected by these same issues.”

He continued, “Tytyana was inspiring, uplifting, artistic and a loving person who deeply cared for others.”