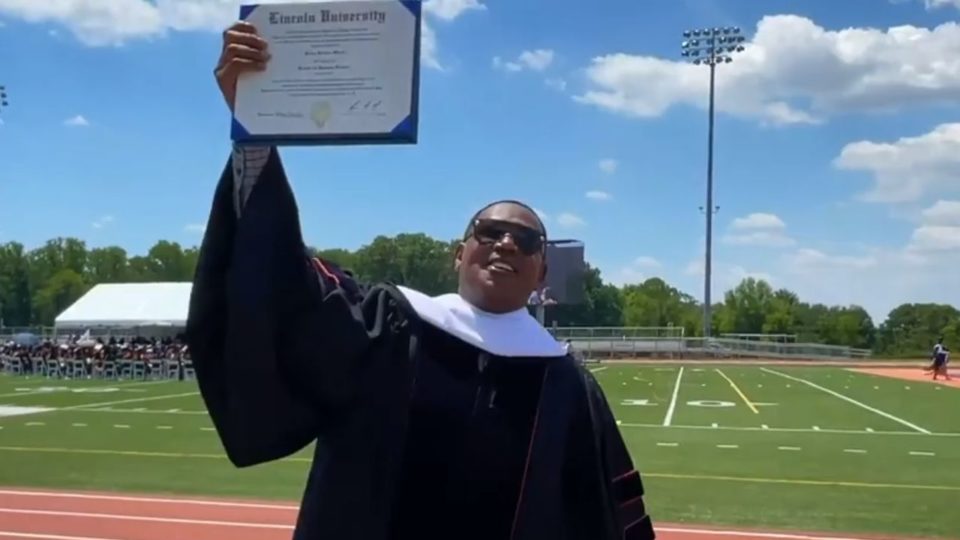 Master P has been so busy lately, but not busy enough where couldn’t pick up a college degree

The successful entrepreneur and No Limit soldier recently picked up an honorary doctorate degree from Lincoln University. Master P,  real name Percy Miller, posted the acknowledgment on his Instagram page over the weekend.

“From the projects to getting a Doctoral degree from @lincolnuniversityofpa Don’t be afraid to change, grow and educate yourself. I did it ! You can do it. #GODISGOOD #Nevertoolate #hbcu #NoLimit There is NO limit to your dreams #DRPMiller”

Prominent schools had their eyes on the younger Miller, including Vanderbilt, LSU, USC, and UCLA. Despite the prestige associated with these universities, Miller wanted to show athletes that more quality options exist.

“I want to be a leader and a dream of mine and a goal of mine is to change the narrative,” Hercy Miller told the Tennessean. “I want to show people you don’t have to go to one of these big schools, Power Five conference schools, just to be great. There are a lot of great people who came out of HBCUs or mid-major schools. I want to be the next one.”