Percy “Master P” Miller has expanded his ever-growing business empire by opening a new restaurant called Big Poppa Burgers in New Orleans, reports Nola.com. The rapper’s burger joint made a cameo in Miller’s latest movie project, I Got the Hook Up 2.

“I started out in the music business, but my longevity is about creating brands and businesses, and you utilize your power to promote all your brands,” Miller told Nola.com. “You only can do that if you own something. This is about having a family restaurant and putting that business in the community where you come from.”

Miller began his career as a rapper in the hip-hop group Tru before “Make ‘Em Say Uhh” established his legendary career as a solo rapper in 1997. He also started a record label, No Limit Records, which was named after a record store he opened in Richmond, California, after receiving $10,000 as part of a malpractice settlement.

Miller also had two stints trying out for and playing (pre-season) in the NBA with both the Charlotte Hornets and Toronto Raptors during the 1998 and 1999 seasons. He also played in the Continental Basketball Association (CBA) for the Fort Wayne Fury and the International Basketball League for the San Diego Stingrays. Although he no longer plays, he currently owns his own basketball league, Global Mixed Gender Basketball (GMGB).

“When I was [lying] on that floor in the projects, I would say, ‘This floor is going to turn into [a] marble floor,’” Miller told BLACK ENTERPRISE back in July about his rags-to-riches story. He added that his entrepreneurial journey began at age 6 when he would help the elderly carry their groceries and cut grass in exchange for a few dollars.

Big Poppa Burgers is located in the West Bank at 3300 Fourth St. in Harvey, Louisiana. Check out the website for more info. 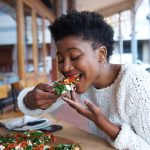 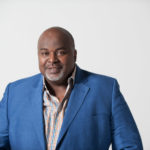