A Tall Order? Master P Says With Shaq Assisting, He Can Lead Lakers to Victory As Head Coach 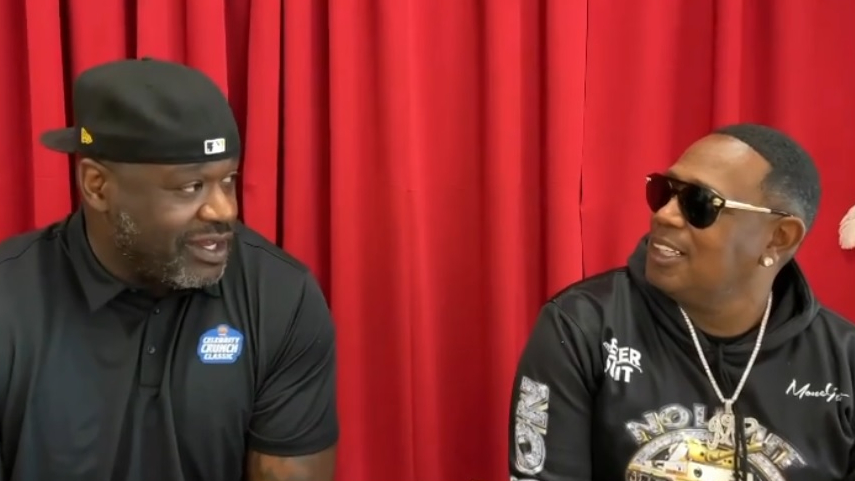 After probably the most disappointing season in Los Angeles Lakers history, team owner Jeannie Buss fired the head coach Frank Vogel who led the team to a championship two years ago.

Now that the LeBron James-led team is looking for their next coach, a former rapper said he’d love a shot at leading the Lakers back to the championship victory.

No Limit soldier Master P is throwing his name in the hat to vie as the next head coach of the Los Angeles Lakers. After a disappointing losing record of 33-49 season, Master P, born Percy Miller,l believes he can get the job done. He’s even suggested bringing along another Lakers legend in Shaquille O’Neal to lead by his side as an assistant coach.

Master P is no stranger to basketball.

The music mogul was good enough to earn, not one, but two tryouts for two different NBA teams. He was on the pre-season roster of the Charlotte Hornets in ’98 and then he landed on the roster of the Toronto Raptors in ’99.

This past Sunday, the serial entrepreneur spoke to TMZ in discussing his chance to lead the Lakers, basketball team.

“This Hollywood, anything can happen out here,” he said.

He then pans to the cameraman saying, “If you know Jeannie Buss, tell her to bring me in for an interview.”

When asked what would he say to her if given the chance, he says, “Bring me in, I can help get us some Ws, championships.”

With basketball talents like James, Russell Westbrook, and Anthony Davis, how would the “Ice Cream Man” gel with those teammates, and more pressing, how would Master P make it work since it didn’t work this past season?

The quick on his toes entrepreneur stated he would bring in other successful coaches to help him.

“I’ll bring some hell of assistant coaches with me. Shaq, John Lucas. I don’t know if Shaq wanna do that, but if he do, we can take over. I can’t see another team like that,” he said.

If this does happen, Master P guarantees a championship will be brought back to Los Angeles.