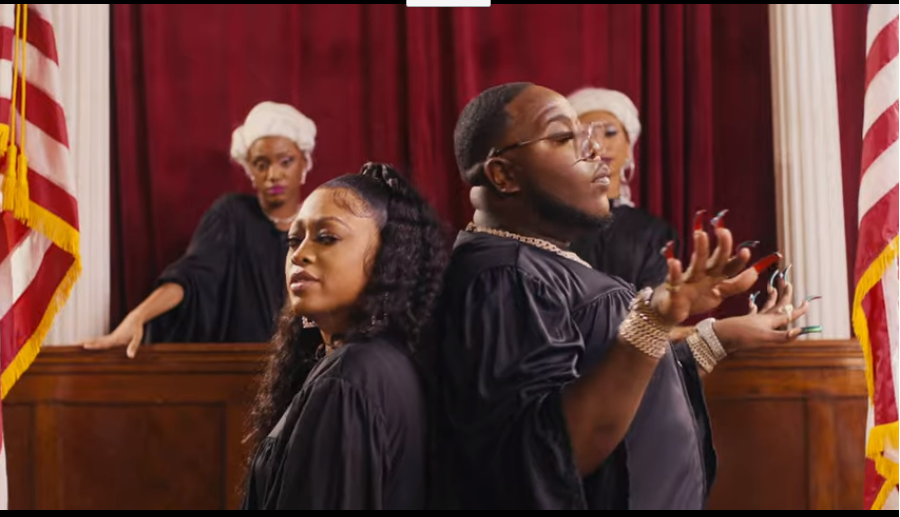 BLK, the largest dating app for Black singles, is bringing the heat this Fall with a spicy collaboration between legendary rapper Trina and rising rap superstar, Saucy Santana.

BLK, who recently released an in-app Election Center, has teamed up with the Florida icons to create an audacious new voting anthem, No Voting No Vucking, to command a new generation of voters to shift the culture and make their voices heard. The new single and video was released during National Voter Education Week on Tuesday, Oct. 4, 2022.

Young people are the next generation of voters and represent a major voting bloc in this country. And while Gen-Z turnout increased in 2020, BLK wants to ensure youth continue this momentum by bringing even more young people into the voting process. Just in time for the 2022 Midterm Elections, No Voting No Vucking aims to motivate young Black citizens to vote, by calling out that exercising your basic civic duty of voting is the biggest turn-on of all.

“I’m honored to use my platform to empower young people because not voting is definitely a red flag in a relationship. Period,” said Saucy Santana.

“Now, more than ever, we have to use our voices to stand up for what we believe in. Voting is sexy. Being informed is sexy.”

The explosive new single opens with Santana’s infectious Southern drawl proclaiming “No Voting, No Vucking.” Having recently commanded the internet to “walk,” the self-proclaimed material girl opens the track with the line, “He got mad jokes, he don’t seem broke, the only red flag — he say he don’t vote.” His swagger is contagious as he maneuvers through the beat with his memorable signature hooks, before hip-hop icon Trina hops on the track to command attention with the fierce feminine energy she’s been serving for over 20 years. Trina’s clever political puns are bold, yet empowering. With lines like “Don’t stop now, stuff my ballot box again, brought my homegirl through, we’ll put the bi in partisan,” Trina flexes her signature sex appeal and confidence that is sure to get Black singles to the actual ballot box.

The new single comes fresh on the heels of BLK’s announcement of their in-app Election Center, a digital hub designed to shift the culture of voting and politics in the Black community, amplify the voices of Black voters, and drive Black voter registrations. The dating app recently conducted a survey of its users and found that while 80% of users are registered to vote, more than half of registered voters do not know the date of the 2022 midterm election.

“We couldn’t be more excited to announce this collaboration with two of the most trailblazing figures in hip-hop and culture,” said Jonathan Kirkland, head of brand and marketing for BLK.

“Our users are inspired by Trina’s confidence and her powerful female-first lyrics, while Saucy Santana’s fervent and self-assured lyrics have broken barriers of inclusivity in the hip-hop community. With these two cultural icons, we hope to empower a new generation of young voters to get involved in this and future elections.”

In addition to the new voting anthem, the campaign will also incorporate in-app and other digital features to encourage young Black singles to get involved in the voting process. The dating app has created a digital hub, www.NoVotingNoVucking.com, where users can check their registration status, register to vote, and learn more about political initiatives in their communities. On the BLK app, members will have the opportunity to share a profile sticker and allow users to match with others that share the same concern over policy issues.

The campaign was created in partnership with Majority, the marketing agency that created and executed last year’s “Vax That Thang Up” campaign featuring Juvenile, Mannie Fresh, and Mia X. Of the creative approach, Majority Founder and CEO Omid Farhang explains:

“Attraction boils down to how one prioritizes the physical, emotional and intellectual. To encourage more singles to vote, we’re formally adding civic duty to that priority list.”

For more information, or to watch/stream the new “No Voting, No Vucking” video, visit www.NoVotingNoVucking.com.

A subsidiary of Match Group, BLK was introduced in August 2017 and is currently the leading dating and lifestyle app for Black singles. To help users find love at its core, with over 8 million downloads to date, BLK has built a community and space where Black love can happen every day in all its forms and expressions. BLK’s mission is simple: bring Black people together to spark meaningful connections.