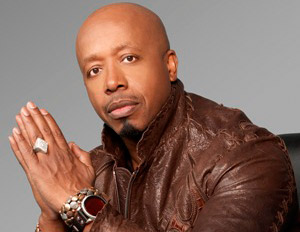 He had hits from the late ’80s to the ’90s, from “U Can’t Touch This” to “2 Legit 2 Quit,” setting records as the first hip-hop artist to hit diamond-selling (10 million units sold) status. He created a multimillion-dollar brand, from those infamous Hammer pants and dance moves to TV shows, a record-label executive post and a Christian ministry. He’s been in the news for his financial missteps, from dealing with bankruptcy to recent tax woes. And through it all, there were moments where Stanley “MC Hammer” Burrell thrived and others where he had to survive. Now, he has taken his business and his brand into new arenas by learning to diversify.

Most recently, Hammer has reinvented himself as a social networking mogul. With an audience of millions (more than 2 million on Twitter alone) and a passion for the possibilities of social media platforms, he is often tapped to share his wisdom at prestigious universities such as Oxford, Stanford and Wharton. Calling social media a “tool of empowerment,” he believes in the power of its influence and the importance of being able to mold and control the message you want to send to the world, whether it’s political, social, or about one’s business. “People are able to mobilize, communicate and get the message out,” says Hammer, who is slated to be a speaker at this year’s Black Enterprise Entrepreneurs Conference May 22-25. “And local governments can no longer control the messaging. As long as you can control the messaging, you can create a perception of what life is, or even of who a person is, with social media.”

In 2008, the Oakland, California, native found a way to combine social media, dance and music via DanceJam, an exclusive Web community where one can watch, learn, and highlight their talents among others in the industry. “It was the culmination of some particular thoughts I had over the years in watching the social Web start to develop, in particular video-on-demand on sites such as YouTube,” he says. “I had an idea of a concept of how I’d like to see that on the Web, and that’s how DanceJam was created.”

Further adding to his portfolio, Hammer founded a mixed martial arts company, Alchemist Management, in 2010, tapping into a passion for the sports business that began when he worked as a youngster in the front office of the Oakland As. “I’ve always seen the energy around sports, and sports fans are a tremendous opportunity from a business standpoint.” With Alchemist, Hammer is able to manage, market, promote, and brand-build for fighters.

As an award-winning music industry veteran, Hammer has learned a thing or three about resilience and persistence, especially when it comes to finances. Infamously known for amassing millions and then having to file for bankruptcy in 1996–and reportedly having recent problems with the IRS — Hammer attests to relying on solid business principles and forward movement to stay in the game. What got him through? “Faith first, and then a true understanding of business second,” he says. “There was never a stopping point. The creation of new ideas and new businesses was a continuous process.” Throughout his career, with the building of relationships, getting into new ventures and using the skills he learned throughout his career to amass a multimillion-dollar fortune, he was able to keep the momentum going, he adds.

So what’s next for Hammer? With music always being part of what he does, he says fans can look for more Web-related projects, including a one based around utilizing the total potential of social media and social Web. He’s also continuing growing Alchemist Management, having recently signed two new fighters to the roster.

Want to hear MC Hammer share more of his business and social media insights? Meet us in Atlanta at Black Enterprise’s Entrepreneurs Conference May 22-25, 2011. Visit blackenterprise.com/ec for more details. As an incentive BE is offering you a discount on early registration: Just enter code BEDG295 and receive $200 off.