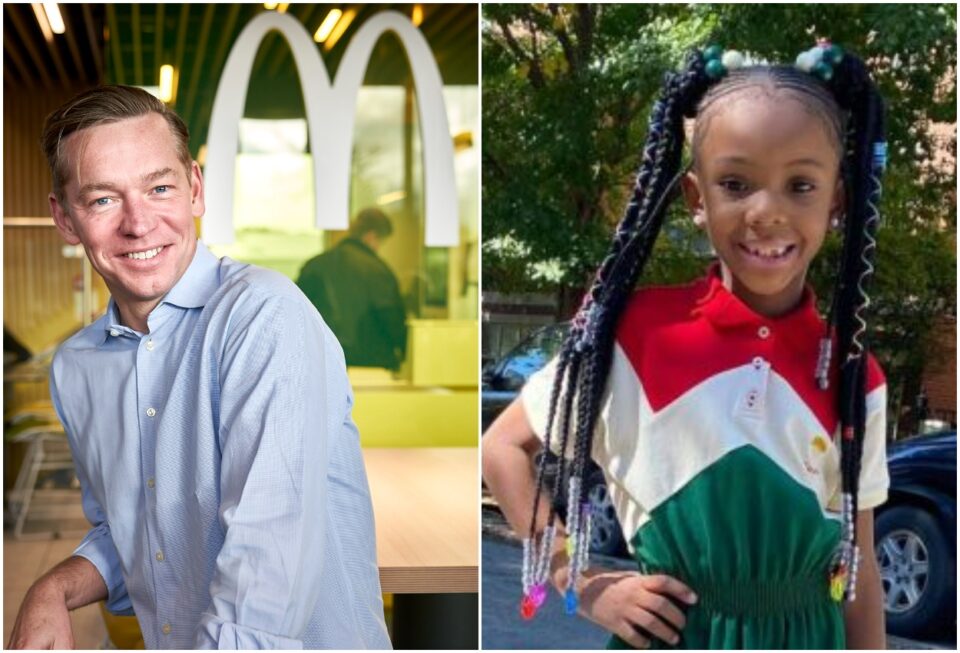 Controversy has risen out of a text message McDonald’s CEO sent to the mayor of Chicago after two children were shot and killed in two separate incidents earlier this year.

According to The Chicago Tribune, McDonald’s CEO Chris Kempczinski, in a text conversation with Mayor Lori Lightfoot, essentially blamed the deaths of two Chicago children killed in separate shootings on their parents. In the text exchange, he wrote the parents of those children “failed those kids.”

The text communication took place after a face-to-face meeting between the two at McDonald’s headquarters in April. Kempczinski and Lightfoot met after a 7-year-old Jaslyn Adams was killed in a shooting in the drive-thru lane at a McDonald’s on the West Side.

Three weeks before that tragedy, a Chicago police officer shot and killed 13-year-old Adam Toledo while chasing him in Little Village.

In the text message sent to Lightfoot, the CEO, referring to the tragedies wrote, “With both, the parents failed those kids which I know is something you can’t say. Even harder to fix,” Kempczinski wrote.

After community groups and media responded to the text message, Kempczinski sent a letter to McDonald’s U.S. corporate employees on Tuesday morning, referring to his lack of empathy when he first wrote that text to the mayor.

“When I wrote this, I was thinking through my lens as a parent and reacted viscerally. But I have not walked in the shoes of Adam’s or Jaslyn’s family and so many others who are facing a very different reality,” he wrote. “Not taking the time to think about this from their viewpoint was wrong, and lacked the empathy and compassion I feel for these families. This is a lesson that I will carry with me.”

A protest by a dozen organizations, including the Chicago Fight for $15 and a Union, Little Village Community Council, and Centro Sin Fronteras, is scheduled for today at McDonald’s headquarters.

A spokesman for Mayor Lightfoot released a statement Tuesday criticizing the CEO’s comments.

“As the Mayor has said previously, families do everything they can — moms, dads, grandparents—to love and support their children, and tragedies can still happen,” the statement read. “Victim shaming has no place in this conversation.”