McDonald's to Give Away A Million McMuffins, Launch New Sandwich 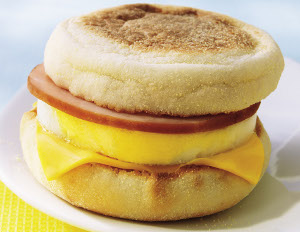 U.S. based fast food giant McDonald’s is giving away more than a million breakfast McMuffins; but some claim this promotion is not in good faith, especially given recent PR woes for the brand.

A few days after Chinese state television aired its annual expose on corporate malpractice to mark World Consumer Rights Day, McDonald’s says it will give away more breakfast sandwiches for free all over China.

McDonald’s is currently fighting negative PR in China after it had been criticized on food safety, as well as watched its stock price fall. The brand has participated in numerous demonstrations of good corporate behavior in recent weeks, which some say is directly aimed at balancing out any negative press.

When asked if the breakfast promotion was related to World Consumer Rights Day, Vivian Zhang, senior director of communications at McDonald’s China told Reuters, “There is no connection.â€

Meanwhile, here in the United States, McDonald’s is attempting to reach health-conscious consumers with a new lean all egg white sandwich that will launch nationwide on April 22.

McDonald’s will release the Egg White Delight on the heels ofÂ last month’s sluggish sales. On March 8, McDonald’s announced that U.S. same-store sales slipped 3.3% in February. The company blamed some of the decline on the fact that February 2012 included an extra leap day, which threw off the year-to-year comparison.