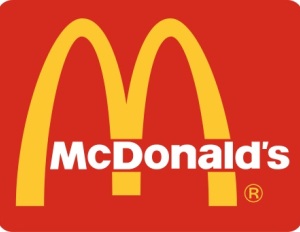 McDonald’s is the latest company to agree to increase the minimum wage of its workers while also improving their benefits.

Effective July 1, the fast food chain will pay a portion of its workers at least $1 above their local minimum wage. While the federal minimum wage is $7.25, the majority of states have higher wages and McDonald’s said they will lift their minimum wage average to $9.90 an hour starting in July and $10 by the end of 2016. About 90,000 employees will be impacted by the increase; however, the changes won’t apply to approximately 750,000 employees who work for more than 3,100 franchisees. They will be free to set their own pay policies.

In addition to announcing an increase in minimum wage, the fast food chain also said they would give workers who’ve been working with the company for more than a year paid time off, whether they are part-time or full-time. Under this new policy, an employee who works an average of 20 hours a week might collect as much as 20 hours of paid time off a year, the company said.

“We know that a motivated work force leads to better customer service, so we believe this initial step not only benefits our employees, it will improve McDonald’s restaurant experience,â€ said CEO Steve Easterbrook in a statement.

McDonald’s has been under fire for some time from workers who are fighting for a base pay of $15 an hour. Employees have held one day rallies outside of restaurants and the Service Employees International Union has spent millions in a campaign to encourage McDonald’s employees and others to press for higher wages. The next set of rallies are scheduled to take place across the country on April 15.