Report: McDonald's in Massachusetts Purposely Sold and Placed Bacon on a Fish Sandwich to Muslim Family 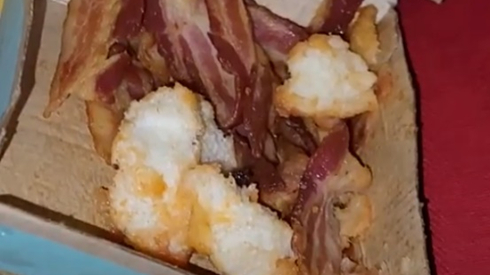 A fast-food restaurant in Massachusetts is being sued by a Muslim woman who alleges that workers at a McDonald’s purposely placed some bacon on a Filet-O-Fish sandwich that the woman ordered for one of her children.

The Massachusetts chapter of the Council on American-Islamic Relations (CAIR-MA) has announced that it has filed a lawsuit against McDonald’s with the Massachusetts Commission Against Discrimination (MCAD). The lawsuit was filed on behalf of a Muslim woman after employees allegedly stuffed her fish sandwich full of bacon.

According to the lawsuit, employees at a local McDonald’s restaurant located in Chicopee, Massachusetts, placed three to four strips of bacon on a fish sandwich ordered by Ghadir Alahmar. She ordered the sandwich, which she explicitly ordered plain for her 7-year-old child. It was obvious that Alahmar is Muslim, as she was wearing a hijab, or Islamic headscarf, and abaya, a long Islamic dress.

“Anti-Muslim bias takes many ”forms,” said CAIR-MA Legal Director Barbara J. Dougan in a written statement. “But you can’t can’t go much lower than tampering with the food of a young child. We hope McDonald’s will find these actions as appalling as we do and take all needed measures to ensure that something like this never happens again at the Chicopee store or any other location. Religious discrimination at a place of public accommodation is not only illegal but also morally reprehensible.”

CBS News reports that Alahmar received their order, including fries and cookies, and walked to a nearby school playground. When one of her sons opened the bag, he noticed the bacon. Alahmar instructed her son not to eat the sandwich, but he said he was hungry and ate the lower half of the bun and part of the fish filet.

Not only did the sandwich have bacon, but it also had extra strips in it. Based on a copy of the receipt submitted with the lawsuit, they were charged an additional $1.5“ for “ONLY Two Half Strips ”aAlahmar’shmar’s husband went back tMcDonald’snald’s with the uneaten portion of the sandwich later that evening and was given a refund of the purchase price, as well as the bacon upchMcDonald’snald’s had no comment.