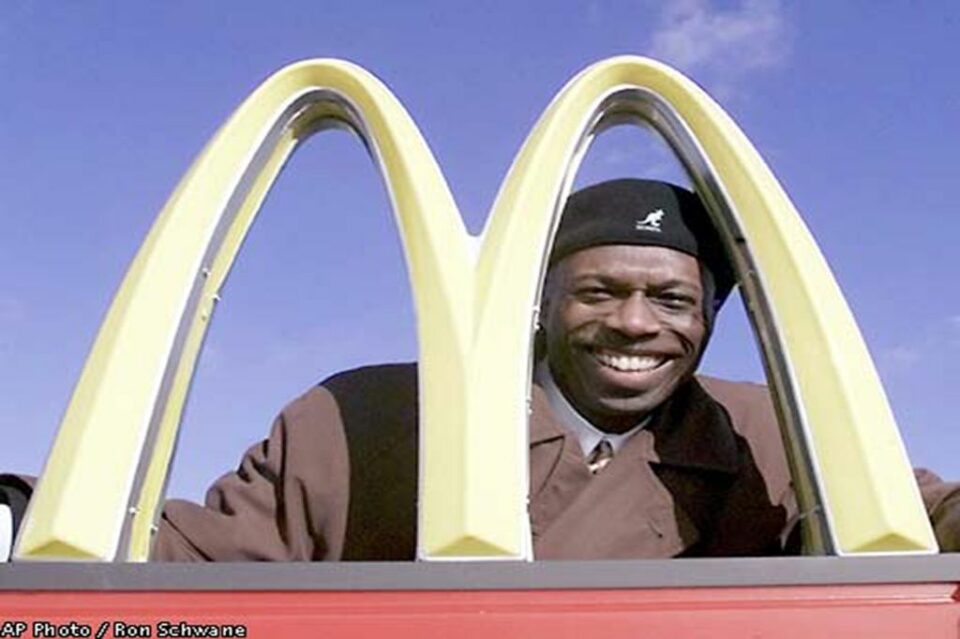 McDonald’s settled a lawsuit brought against the fast food giant by Herb Washington, a Black franchisee who had accused the company of racial discrimination. (Image: Twitter/@NYPost)

Washington was previously the fast-food chain’s largest Black franchisee in the country — at one point owning 23 McDonald’s restaurants. When he filed his lawsuit, Washington owned 14 restaurants.

According to CNBC, under the settlement, Washington will exit the McDonald’s franchise system and dismiss the pending litigation, and McDonald’s will purchase 13 of Washington’s restaurants for $33.5 million.

In a statement, McDonald’s said it was confident in its defense,  but the settlement allows the company to move forward.

“The court did not find that the company violated any laws,” McDonald’s said in a statement. “Discrimination has no place at McDonald’s. While we were confident in the strength of our case, this resolution aligns with McDonald’s values and enables us to continue focusing on our commitments to the communities that we serve.”

Washington sued the fast-food chain claiming it racially discriminated against him by having him purchase low-volume restaurants in Black neighborhoods and forcing him to downsize his base years later after grading his locations unfairly.

This year, the burger chain has had several issues with its Black franchise owners.

Additionally, another 77 Black franchise owners who own nearly 300 restaurants are suing the chain, claiming the company did not afford them the same rights as their white counterparts. Restaurant Business Online reported the owners are looking for between $4 million and $5 million per restaurant, meaning the final tally could be more than $1 billion.

Despite the lawsuits, McDonald’s has supported Black causes, including during the 2020s Black Lives matter movement. Last fall, the fast-food chain named Tiffany Boyd as its chief people officer and teamed with actress La La Anthony and NASCAR driver Bubba Wallace to provide $500,000 in scholarships and a mentor program for college students.