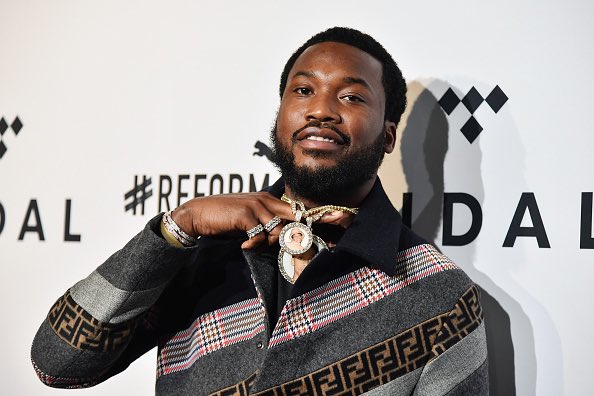 Meek Mill is an investor of Dogecoin, a popular cryptocurrency. The rapper, has  92,411 DOGE in his portfolio, which roughly exchanges for $53,000 as of reporting this story, Hype Beast reported.

Related stories: DOGECOIN BITES BACK, THE CANINE CRYPTO IS SURGING IN PRICE AND VALUE

The inspiration for Mill’s decision stems from the notion he is missing out on great investments.”I just grabbed some doge I’m tired of missing out,” he tweeted.

The feeling of missing on Dogecoin is felt by many users, which explains why the coin is performing well online.

“Dogecoin is surging because many cryptocurrency traders do not want to miss out on any buzz that stems from Elon Musk’s hosting of Saturday Night Live,” Ed Moya, senior market analyst at OANDA, wrote. “Also known as the Dogefather, Musk will undoubtedly have a sketch on cryptocurrencies that will probably go viral for days and further motivate his army of followers to try to send Dogecoin to the moon. The Dogecoin bubble should have popped by now, but institutional interest is trying to take advantage of this momentum and that could support another push higher.”

The price of Dogecoin has increased in value by 11,000% since 2020 as more people continue to use their stimulus check to invest in experimental currencies and stocks in online forums, MarketWatch reported.

As BLACK ENTERPRISE  explained, Dogecoin started out as a joke in 2013 and became a ctypotocurrency worth more than $50 billion.

Dogecoin is more than just a high-valued investment; it is a movement against Wall Street and has its own meme-filled holiday on April 20.

This year’s “Doge Day” was supposed to rally online support to push the price of the cryptocurrency to $1.

Dogecoin is just a reminder of how influential social media is on the marketplace.

Meek Mill joins other celebrities before like Elon Musk, Mark Cuban and Snoop Dogg to jump on the Shiba Inu dog meme craze.

Coincidentally, May 6 is Meek Mill’s birthday – he turned 34 year-old.