Meet Brandon Pankey: One of the Men Behind the Roots Picnic 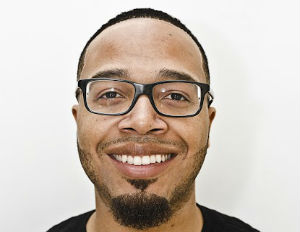 Within minutes of speaking with Brandon Pankey, you’ll understand why he’s special. While his resume may speak for itself, there’s a certain aura and humbleness for one who would (and should) be described as a person on his way to becoming an entertainment mogul.

For those who are unaware, Brandon Pankey is a Philadelphia native and music industry executive that has made quite a name for himself over the past few years. Credited as one of the moving pieces behind some of your favorite music festivals, Pankey manages, tours, and finances artists such as The Roots, Lil Wayne, and Jill Scott.

BlackEnterprise.com caught up with Pankey in the midst of him multitasking, as he was managing one of the biggest festivals of the year: The Roots Picnic in Philadelphia. Here, he shared a few gems on the festival’s contribution to the city, why Philly continues to be overlooked for its musical contributions, and what’s next on his career agenda.Â

BlackEnterprise.com: You’re one of the moving pieces behind The Roots Picnic. How did you get involved?

Brandon Pankey: Shawn Gee and Rich Nichols, who co-manages The Roots and founded the picnic with Tariq “Black Thoughtâ€ Trotter and Ahmir “Questloveâ€ Thompson, wanted to build a brand and a festival that could grow and build in the city they grew up in. The Roots made their living touring almost the entire year, so they saw festivals and said that they should bring that type of experience to Philadelphia. And not just bring the artists that are popular now, but the artists who are emerging as well.

How does The Roots Picnic impact Philadelphia culture?

It’s the kickoff to the summer. No matter your race, ethnicity, or socio-economic status, everyone from Philadelphia is here celebrating music and celebrating what The Roots brings.

When people speak about music “culture,â€ they embrace New York, the West Coast, or down south, but oftentimes Philadelphia is overlooked and left out of the equation. Why do you think that is?

I don’t know why that is. Philadelphia is the home of R&B, and it’s a rich musical base. I would argue that 80% to 90% of touring musicians are from Philadelphia. Our sound impacts your top artists that you may hear on tour. That may be what people think it is, but Philadelphia is a hotbed for music. It’s the place that everyone wants to be to learn musicality and great music from every genre. It’s the breeding ground for music.

It’s Black Music Month every month, if you listen to the music. What we do on a daily basis is really incredible. It’s great that President Obama did that, but it’s Black Music Day, every day. It’s powerful in statement, but we are music; we have been music forever.

As a professional, black man who from Philadelphia, how have you given back to the community? Have you been able to lift as you climb for other young black brothers from Philly who want to be in music and cultivate the culture?

Part of my base is being who I am; growing up in a single-parent household and being a “statistic,â€ I pride myself on being a very strong, positive black man in this community. Along with two of my other mentors, Jerome Hits and Michael MacArthur, I work for and co-founded the Destined to Achieve Successful Heights program, which teaches students about the business of entertainment. We teach a myriad of classes and have after school programs in Baltimore, Philadelphia, and Chester, PA. I try to give back because, at the end of the day, how can more black kids and black people enter this industry if we don’t give back the knowledge that we have? How great is it to not only do well for yourself, but to also help others rise along with you?

What’s next for you career-wise?

I’ve been blessed and humbled to have incredible mentors, such as Shawn Gee, who co-founded this event. I’m excited where my career has taken me, because it allows me to branch off into other places: technology, gaming, film, television, and just content in general that is outside of music. But music is the basis for everything I do, so I’m just appreciative of the fact that I’ve been here for 10 years, and I’ve really been able to grow within this industry.