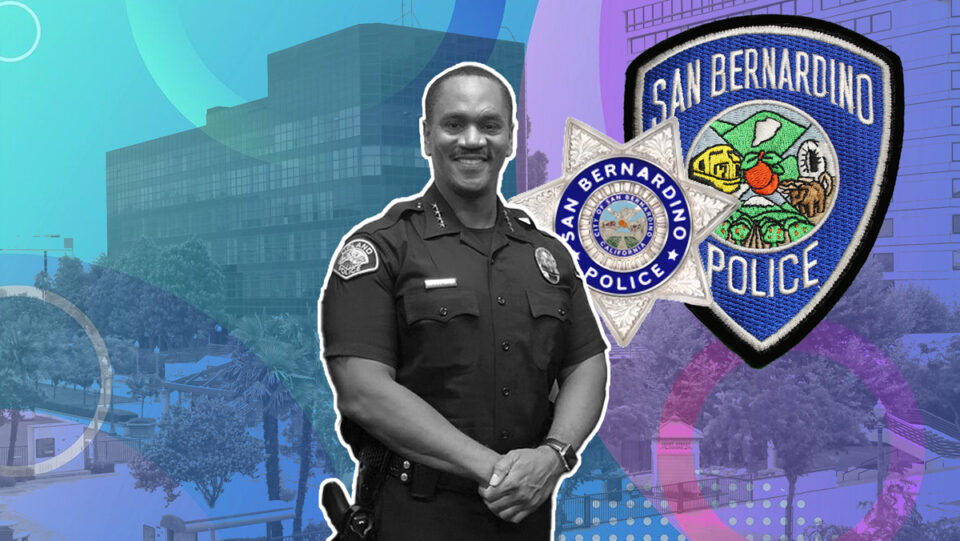 San Bernardino, California, has appointed Upland Police Chief Darren Goodman its next chief of police, the first Black person to lead the city’s police department in its 116-year history.

With over 31 years in law enforcement, Goodman has devoted 27 years to the San Bernardino Sheriff’s Department and the last four years as the City of Upland’s Police Chief in California. He will assume his role on June 1, joining a department of 262 sworn officers and 150 civilian staff.

Police Chief Darren Goodman has formally announced he will be leaving Upland to serve as the new Police Chief in San Bernardino, CA. The City wishes him well as he embarks on the next chapter of his distinguished law enforcement career.

“I am humbled and excited about the fact that as a police chief, with a team of dedicated police officers, we play a critical role in protecting and improving the quality of life that residents and business owners of San Bernardino strive to preserve, Goodman said, according to ABC 7 News.

He continued: “During the early years of my career, several of my assignments were in San Bernardino. I am very familiar with the city, many community members, and the high caliber of police officers that work at the San Bernardino Police Department. I am not oblivious to the challenges the city has had in the past, but I believe in the potential of San Bernardino.”

“Chief Goodman brings to San Bernardino a wealth of experience, leadership, and knowledge of this region,” said City Manager Robert D. Field in a statement, according to Inland Empire Community News. “We are very pleased that he will be joining us.”

An alumnus of USC, Goodman holds a master’s degree in public administration and doctorate of education in organizational change and leadership. He earned a Bachelor of Science degree from Southern Illinois University, and attended law enforcement and leadership programs at Harvard’s Kennedy School of Government and the Naval Postgraduate School’s Center for Homeland Defense and Security. Goodman is also an adjunct professor at California State University, San Bernardino.