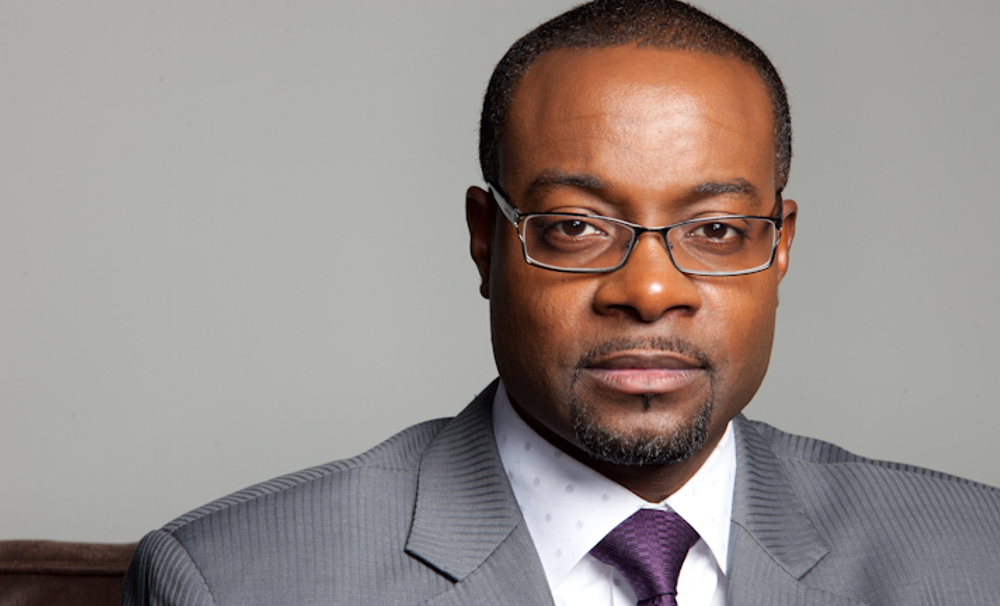 Tirrell D. Whittley, CEO and principal of Liquid Soul, is changing the advertising and marketing industry by delivering a targeted focus on industries including film, television, and sports, which African American’s heavily over-index in. It is no secret that African American’s are tremendous consumers, but unfortunately have not claimed a larger stake in the behind-the-scenes areas of marketing and distribution. Liquid Soul has taken on this agenda for more than 10 years and has changed the narrative on how films are advertised and marketed to audiences of color.

These core areas drive Whittley’s aspiration to leave an impact in an industry where African Americans are making strides on the big screen but still lag in the important behind-the-scenes roles. “I am a faith-walker, meaning I’ve learned to trust God in all matters of my life,” Whittley tells BE Modern Man. “My job is to trust the vision he lays on my heart knowing that he will provide. Secondly, my family inspires me.” Whittley has been married for more than 18 years to his college sweetheart and has two daughters that bring him tremendous joy.

He says, “Finally, I’m inspired by excellence. Excellence is the measurement of our success. The competition in advertising and marketing is fierce, and excellence is what separates you from the rest. A few years ago, while working on the film Red Tails, one of the original Tuskegee Airmen told me ‘Excellence is the antidote to racism. Excellence cannot be denied, detoured, or derailed.’ While I believe that there are a number of ingredients needed to cure racism, I fully believe in the notion that excellence matters. It’s something I preach in my company, and I expect it from my staff and demand it from myself.”

Striving for excellence, Whittley continues to develop and grow the agency to incorporate new innovations. With more than 20 box-office film hits, and many television hit shows to his credit, no achievement comes close to his successful battle with cancer. “Yes, I’m a cancer survivor!” says Whittley. “It’s taken me a while to be able to actually say these words out loud and this is the first time I’ve publicly had this achievement written, but I’m so thankful, grateful, and happy to be cancer free.”

Focused and cancer-free, Whittley’s chief aim is to fulfill the agency’s mission to help studios recognize that cultural audiences have an impact on box-office results, television ratings, and sporting engagements. “Leadership is all about impact,” Whittley tells BE Modern Man. “Your presence must be felt, not just heard. Breaking through the static means being an expert in your field, creating an environment that breeds success, and motivating those around you to achieve at their highest levels.”

Achievement at the highest level does not automatically guarantee that men of color will be recognized in the mainstream. Whittley agrees that black men are not championed enough, but does not believe he will ever see this happen, nor does he think championing of men of color is the solution. “We need to support and help each other do better, be better, and achieve more,” says Whittley. “I’m blessed to have surrounded myself with friends, my fraternity brothers (Alpha Phi Alpha), and my amazing family who have provided me with honest feedback and who support my efforts. Unfortunately, in society, we as black men are left out there to fight the ‘good fight’ alone. Sometimes you need a brother that you can tag that will get in the ring with you and help you succeed, but also be happy for your success in the end.

Way too many times, we all want the championship ring and accolades for ourselves versus being happy to see another brother succeed. I believe that there is strength and confidence in supporting those around me and being genuinely happy about their success. My hope is that when my time comes—which I have faith that it will (many years from now), those around me will support me, be happy for me, and we all can toast each other and say ‘well done my friend’. That’s what real champions do!”

Advertising and marketing has subtle and interesting effects on the human psyche. If you see success, if you are exposed to more; if you read and travel beyond the norm, you begin to believe that there is more available and more that can be achieved. Advertising and marketing is about reach. “Our representation in the advertising and marketing industry is extremely low and we need more BE Modern Men to get involved to help shape the images, messages, and perspectives that we think matter,” Whittley says. “We shouldn’t expect the industry to provide us an automatic elevator to success, but rather take the stairs and work collectively to get to the top.”

While he won’t claim to be super strategic, creative, overly social media savvy, or a PR whiz, Whittley is a closer. “I’m the guy you want in the room pitching the idea who possesses the charisma, the talk, and the walk to get it sold. I love the art of the deal and it’s where I thrive.”

With the talk down, a confident strut, and successful campaigns to his credit, Whittley visualizes his personal narrative as a bold man, strapped with wings of courage and determination on the edge of the mountainside ready to take a leap of faith knowing that he has conquered fear. “Mainstream media doesn’t understand me, nor do they see me coming, which is exactly how I like it,” Whittley tells BE Modern Man. “But when I arrive everyone takes notice.

“We have to be bold and aware of the impact we can cause. Black men do some pretty amazing things and we need to salute each other more and celebrate each other’s achievements. My hope is to achieve more and to be about the business of my heavenly Father, to make my family and community proud while being personally happy.”

More often than not, we are exposed to the stories of a famous ball player, music artist, or actor, but there are black men that get up every day and make a big difference. “Many of us do amazing things that never get noticed and that’s OK, but it’s nice every so often to shine a light in different locations and see the magnificence that others offer up to the universe,” says Whittley. “Features like BE Modern Man allow some of these unfamiliar stories to find light.”

Striving for excellence in faith, family, and career, Whittley says a BE Modern Man means being your best despite the odds, statics or nah-sayers. “A BE Modern Man pays attention to the past, focuses on the present, and has vision into the future. We strive to make a difference and, by doing so, help to provide an easier path for those that come behind us. We are excellence personified!”

The BlackEnterprise.com team salutes Tirrell Whittley for his strength and determination. As a man with strong character, Whittley has found the ultimate success and rests his values firmly on health, love, relationships, trust, joy, and peace. “Our young people need to see more of these values, qualities, and morals that equate to success, not just cash and material things.”