Meet Kelly Curtis, The First Black Woman To Compete In The Skeleton For The U.S. 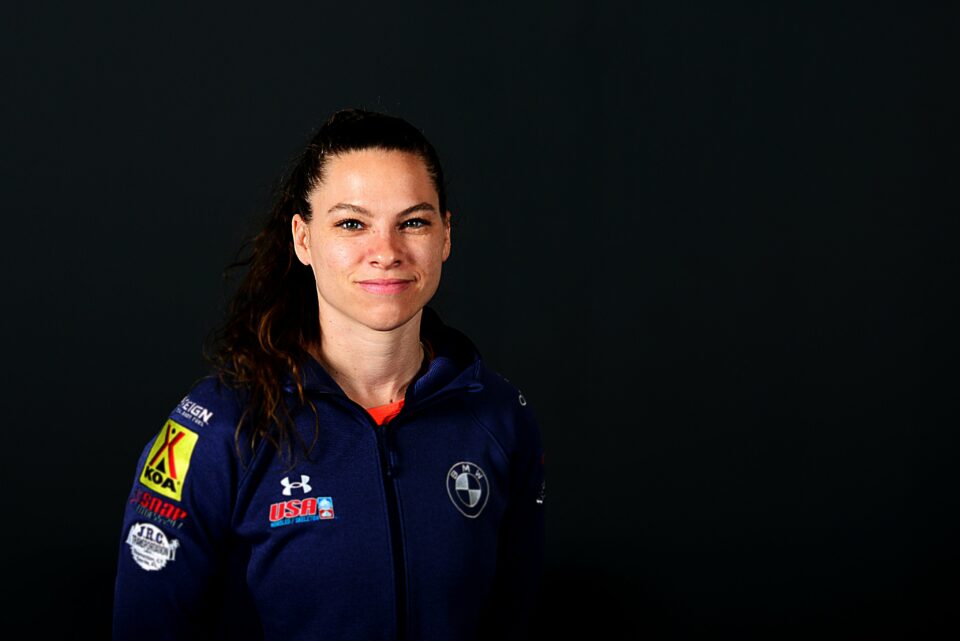 Kelly Curtis is the first Black person to compete for the U.S. in the Skeleton event in Olympic history (Image: Twitter)

Kelly Curtis grew up in Princeton, New Jersey, playing basketball and running track; now, she’s the first Black woman to compete in the Skeleton for the U.S. Olympic team.

For those unfamiliar with the Skeleton, it is described as “a winter sliding sport in which a person rides a small sled, known as a skeleton bobsled (or -sleigh), down a frozen track while lying face down and head-first.”

Curtis, 33, grew up in an athletic family. Her dad, John, played in the NFL and her mom worked in the local fitness community and both her sisters played sports as well. Her road to the Olympics started more than a decade earlier when she transferred from Tulane University to her father’s alma mater, Springfield College, where she competed in the heptathlon.

After winning the heptathlon at Penn Relays in 2011 and graduating from Springfield in 2012, Curtis thought her career was over. However, the same year Curtis transferred to Springfield, her track teammate Erin Pac won a bronze in the bobsled at the 2010 Vancouver games. Their coach saw similarities between Pac and Curtis’ athleticism and suggested Curtis give the bobsled a shot.

“I thought it was a joke,” Curtis said according to TeamUSA.org.

In 2013, Curtis attended a bobsled combine and did so well she was invited to a bobsled driving school program at the Mt. Van Hoevenberg Olympic Sliding Center in Lake Placid. It was there Curtis first saw someone on a skeleton sled.

“I saw how much more fun they were having on a skeleton sled,” she said. “On the last day, I was like, ‘I want to try that.’”

After her first run, Curtis was hooked. Now she’s competing at the Beijing Olympics in the Skeleton for the U.S. team and is currently 18th heading into the final round of the Skeleton Saturday night.

“I am treating this like every race,” she told NPR.

Like many athletes with Olympic dreams, Curtis had to piece her Olympic career together with help from family and friends, including her husband Jeff Milliron, who doubles as her strength and conditioning coach.

In 2020, Curtis heard from a teammate that the U.S. Air Force was accepting civilians into its World Class Athlete Program (WCAP). Curtis jumped on the opportunity, completing her basic training that summer.

Curtis, who is biracial, knows that she does not fit people’s preconceived notion of a Skeleton athlete or a Black woman when they see her.

All of that debate “s “exhausting,” she told NPR.

“I’m either not Black enough (something she says a teammate said to her) or I need to speak on behalf of all Black Americans.”

Curtis has instead decided to focus on her career and her future. Just before the Olympics started, she moved to Italy with her husband, where she will work in knowledge operations at the Aviano Air Base and be able to train for the 2026 Olympics.