Single Mother Paves Her Own Way in Entrepreneurship 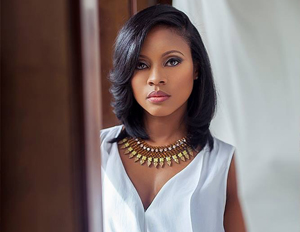 Maria Wills was born in Washington D.C. and raised in Prince George’s County, Maryland. Wills attended Drexel University and is a single mother to her four-year-old daughter, Juliana. Ambitious and forward-thinking, WillsÂ started her event planning company, Self-Explanatory Productions, at the young age of 18. In addition to raising her daughter and event planning, she wears many other hats including entrepreneur, host, motivational speaker, media correspondent for Girl Power Hour Radio, radio personality, and blogger.

While most budding entrepreneurs deal with having to overcome a fear or two when first starting out, WillsÂ admits that she was fearless in the beginning. “When I started my company I was fearless. That is the power of being young with few responsibilities. I had a vision and I ran with it immediately,â€ says Wills. Her fearlessness began to wear off as she grew older and began to take on more responsibilities while balancing entrepreneurship and motherhood–one of theÂ biggest challenges and obstacles she’s had to overcome.

“It can be a challenge following your passion when you are responsible for someone other than yourself. It is easy to become discouraged and take what feels like the easy way out with a 9-to-5. But the same thing that gives me fear also keeps me going, explains Wills. “I have someone who looks up to me and who is more important than me, so her livelihood and comforts come before everything. My daughter seeing me accomplish my dreams is just as important.â€

Fortunately, she’s able to find a balance with the help of her mother, her daughter’s father, family, and close friends. Her mother moved to Atlanta when her daughter Juliana was born. “I also stay organized while putting 100% into what is in front of me at the moment, whether that’s having tea parties and art time with my little one, or hosting an event,” Wills explains.

Wills is making her mark in the entertainment scene in Atlanta. In 2014, she launched “Spotlight Tuesdays Open Mic Nightâ€ where she is the host with a live band, dinner, DJ, hookah, and has featured more than 100 indie artists. Some of her guests include Sunshine Anderson, celebrity poet Ernestine Johnson from the Arsenio Hall Show, Tasha LaRae from Arrested Development, Ray Charles’ youngest daughter Robyn Charles, recording artist Franc West, and saxophonist Trey Daniels. She was also a host for the 2016 African American Festival in Baltimore with Common, Angie Stone, Freeway, Matthew Knowles, Tara Wallace, Zane, Alfred Edmond Jr., and Kwame Jackson to name a few.

Wills is proof that hard work and persistence pays off, and is dedicated to pursuing her passion. “I am an entrepreneur and entertainer empowering the world through my love for others, hard work, and staying committed to my grind,â€ says Wills. You can learn more about Wills by visiting her website www.IamMariaWills.com and by following her on social media @IamMariaWills.