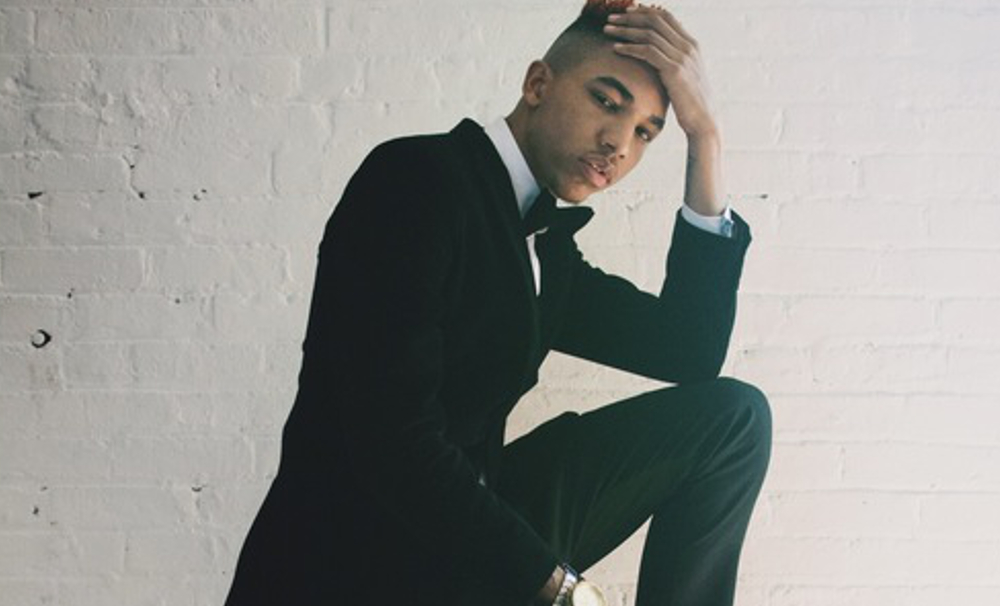 Since early childhood, Marcellas Hill has been captivated by fashion and entertainment. As he grew up watching one of the greatest performers of all time, Michael Jackson, he became immersed into the creative process of the production and choreography behind the entertainer. By the age of 9, Hill landed a lucrative roll on an episode of HBO’s hit show “The Wire.” At the age of 15, he produced his first show and went on to study production at Marymount University, receiving an Bachelor of Art’s degree in Fashion Merchandising with a focus in production. Taking his young talents to the next level, Hill tied in his abilities as a director, editor, stylist, choreographer and producer to form Marcellas Hill Productions (MHP).

“I have a lot of things that inspire me for what I do and the person I want to become,” Hill tells BE Modern Man. “Pleasing God and my parents always remains at the top. They’re my daily inspiration.”

Inspired about the person he wants to become and the barriers he wants to break, Hill felt connected to the entertainment industry from a very young age.

“Growing up watching Michael Jackson was my first taste of true entertainment, he adds. “The way he captivated people through his abilities always resonated and inspired me. I’m not sure how old I was, but I knew that I wanted to have that type of impact on the world.”

Producing his first work under his company proved to be a moment of clarity as his vision came into fruition. Hill’s unique sense of personal style and self-expression through fashion has become a sort of therapy.

“It challenges you to push boundaries within yourself and helps create conversation for those who don’t understand or inquire,” Hill tells BE Modern Man. “Everyday I wake up expecting something amazing to happen. Hence, why is it important to always be prepared for that.”

Mentally Hill is striving for excellence but doesn’t set out to be perfect. Knowing there is always room for growth, Hill is steadily improving within his career and personal life.

Hill says, “As a leader you have to be relatable and the only way you can do that is by being true to yourself. You have to be able to admit your flaws and your faults. Leaders have to be knocked down on a stage.”

Admitting flaws and faults did not always come easy for the young entrepreneur breaking into the industry.

Hill has amassed over half-a-million YouTube views, produced work under MHP (Marcellas Hill Productions) for BET Networks, and is actively giving back to his community through his engagement with young men and women interested in pursuing a career in the arts.

“To me a BE Modern Man is multifaceted, and isn’t afraid of going against the grain and being himself. The BE Modern Man is a game changer who breaks barriers and creates opportunities. Despite all the accolades and external appearance, a BE Modern Man knows that character is most important and always strives to be grounded in truth, faith, and humility.