Meet The Chief Curator Who Worked With Afeni Shakur to Curate the "Tupac: Wake Me When I'm Free" Exhibit 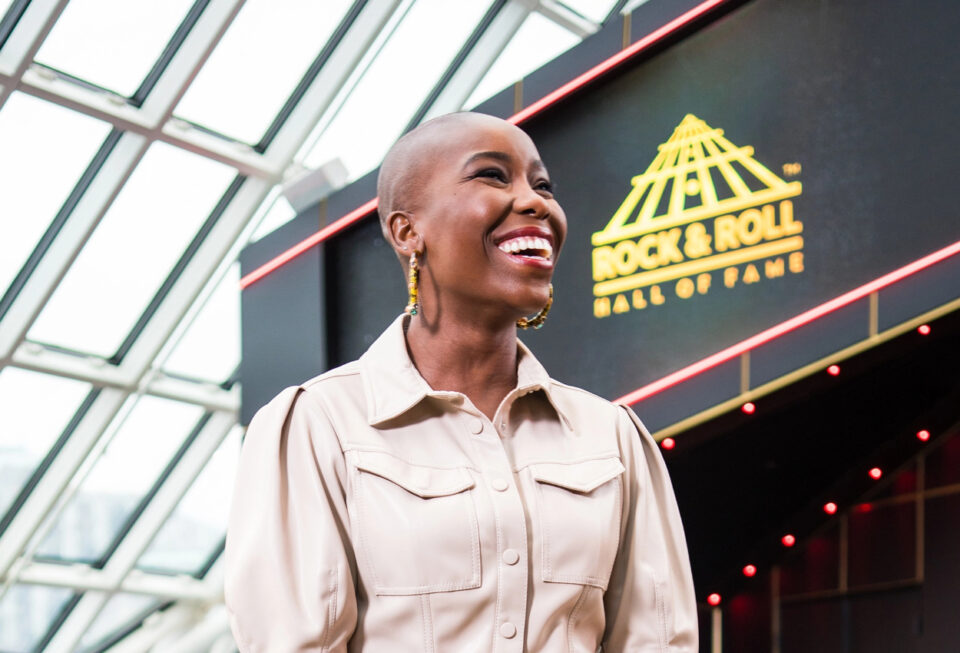 Meet Nwaka Onwusa, the chief curator and vice president of Curatorial Affairs at The Rock and Roll Hall of Fame and curator of the “Tupac: Wake Me When I’m Free” exhibit.

Onwusa made it her mission to use her skills and natural passion to preserve the sounds and genius of Black history. Curating for places like the Rock and Roll Hall of Fame, also known as the Rock Hall, and the Grammy Museum, Onwusa makes groundbreaking strides for Black representation in rooms where she’s often the only Black woman focused on making sure the culture is present and accurately represented.

For the last decade, Onwusa dedicated a large part of her career to curating spaces that display the hard work and rich history of Black music. Prior to the Rock Hall, Onwusa worked in educational programs committed to inspiring students to explore the arts and museum studies, and in 2012, she was honored as a Museum Rising Star by the Museum of African American Art.

Her latest exhibit, “Wake Me When I’m Free: Tupac Shakur,” at LA Live was personally curated with the help of the Tupac Shakur estate and even received a blessing of support from his late mother Afeni Shakur.

Working on the exhibit was an honor for Onwusa who has been a huge fan of the late rapper since childhood. She enjoyed experiences no one else will ever get the chance to have throughout the curation process.

The accomplished curator personally sat down with Tupac’s mom prior to her passing in 2016 and went through the late rapper’s journals and belongings, many of which are on display in the exhibit.

After receiving items that Afeni carefully entrusted her with, Onwusa moved forward with curating an immersive self-guided experience that humanizes Tupac and introduces you to the artist, the activist, and visionary that he was. The initial exhibit curated with Afeni was on display at the Grammy museum before Onwusa expanded on the collection to create the current “Wake Me When I’m Fre” exhibit.

“This exhibit deepens Tupac’s character,” Onwusa told BLACK ENTERPRISE. “I think this offers his fans a better perspective into his life.”

Features in the exhibit take you through Afeni’s service to the Black community as a proud outspoken activist with the Blank Panther Party and her incarceration while pregnant with Tupac. Art pieces and memorabilia are outlined through the assistance of a headset and remote control that guide you throughout the exhibit.

It breaks down the pretense meaning behind his iconic body tattoos, and even serves as a testament to the power of writing the vision and manifestation that is destined to become your reality.

“Tupac: Wake Me When I’m Free” exhibit is on display at LA Live. It was extended by popular demand until September.