Meet Pepper Persley: 11-Year-Old Sports Journalist Who Made Her First Debut As A WNBA Sideline Reporter 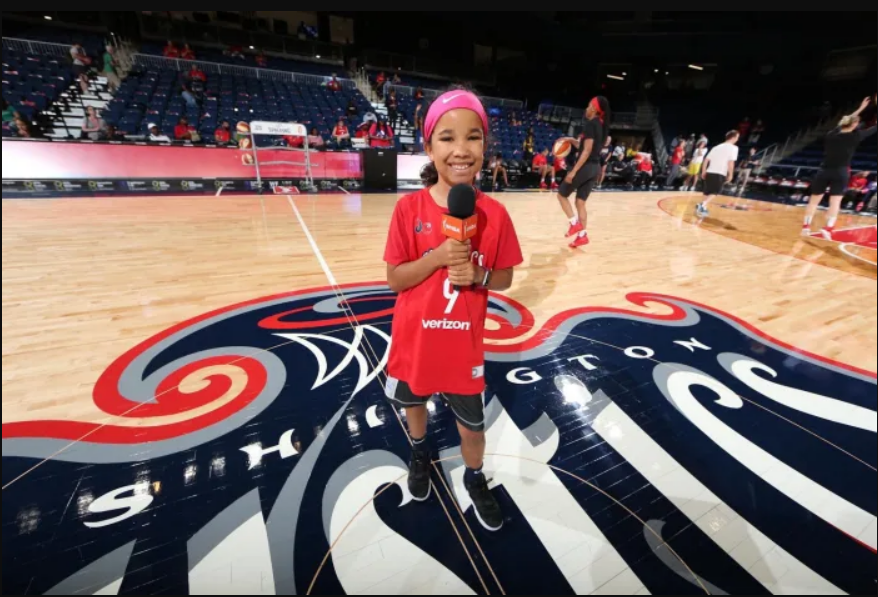 Credit: Courtesy of the Persley family

Eleven-year-old Pepper Persley is locked in on her future and making waves in broadcast journalism.

On Thursday, ESPN reported that the young talent made her debut covering the WNBA as a sideline reporter for a game between the Las Vegas Aces and Indiana Fever.

Persley set social media ablaze with her beaming confidence as she interviewed WNBA stars like A’ja Wilson and Chelsea Gray.

Thank you so much! It means so much to have the support of people like you and @SheKnowsSports! I still remember asking @katiesmith30 a question during @AroundTheRimPod in Columbus! ❤️❤️❤️ https://t.co/WbI8cveC6B

For Persley, her interest in sports broadcast journalism sparked as early as six years old. The more she attended press conferences, the more she was booked and ready.

“I really got into broadcasting and journalism because I was a curious kid and I loved playing basketball, and I had so many questions about the WNBA that my parents just couldn’t answer,” she said during Thursday’s broadcast.

Considering how much love she has for her work at such a young age, Persley’s future is bright. According to her Twitter account, the aspiring WNBA player is associated with Clippers KidsCast, Dish With Pepper, and She Got Next.

“I really enjoy the research and getting to know people more,” she told Sports Illustrated in 2021. “After doing all that work learning about them, to come up with all my questions, and to see that pay off, is cool. I enjoy learning from people. A question that I ask a lot is advice, which is something that benefits me.”

The young hoops fan is spreading awareness about bullying when she’s not interviewing others. Her passion for anti-bullying is a product of her own experience of being bullied in second grade by two people she thought were her friends.

She continued, “One of the things I did to try to flip it on its head, I created an anti-bullying video,” which she posted on her Instagram. “It has been an important topic, having it happen to me and just wanting it to not happen to anybody else,” she shared, per Sports Illustrated.