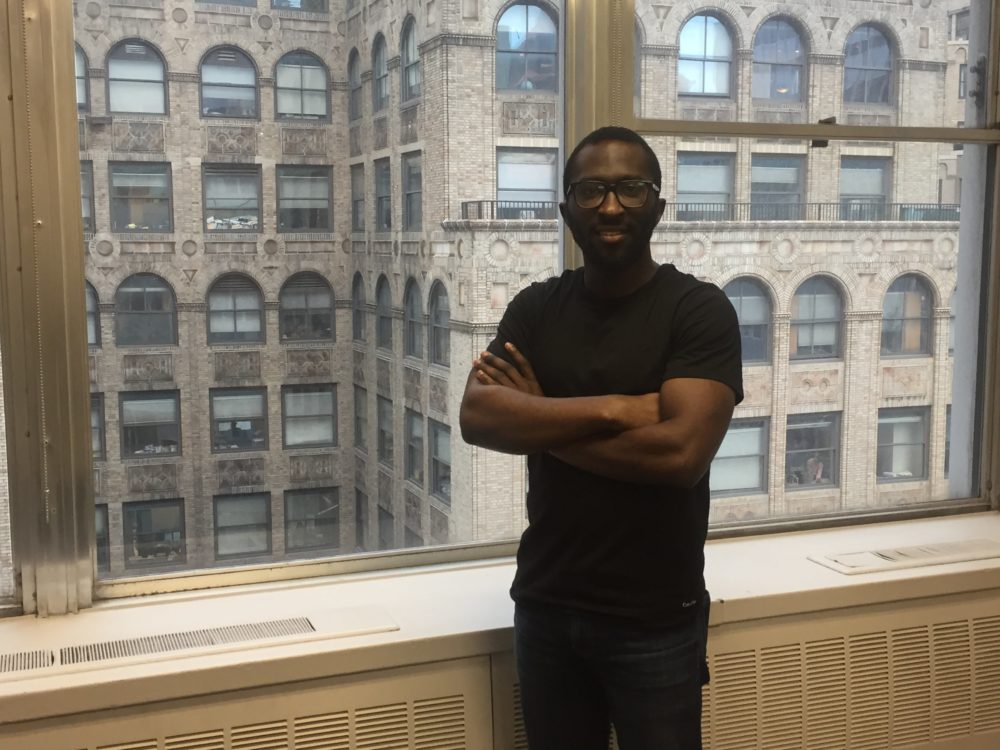 Seni Sulyman will tell you Andela isn’t a tech boot camp. The company sees itself more as a talent accelerator, hell-bent on producing world-class developers whose technical chops rival ones from the United States. The program, which is deemed “harder to get into than Harvard,” has an acceptance rate of less than 1% and students who are lucky or smart enough to get selected into the four-year program, receive stipends that put them in the top five earning brackets in Nigeria.

“We want our developers focused on coding, instead of worrying about money for food or transportation,” Sulyman, who is Andela’s Country Director in Nigeria, said.

Sulyman shared the story of Fiyin Adebayo, a software developer and product manager at Andela. Adebayo completed a double degree in Electrical and Electronic Engineering at the University of Benin in 2012. With almost half of the Nigerian youth unemployed or underemployed, Adebayo tried his hand unsuccessfully at a few things before applying to Andela in November 2014. Just a few months later, he would be was paired with Happy Money, a financial services company in Costa Mesa, CA., with whom he has been working with since.

The edtech company, which has now opened offices in Kenya and Uganda, also does something quite unusual for a tech training program. With a firm belief that learning is by doing, Andela places its students in tech companies just six months into the rigorous curriculum where they work in real-time with their U.S.-based team members. So far, the company has found success with placements of dozens of developers in companies like IBM, Microsoft, and Udacity. Throughout the four-year training, fellows also double as contracted employees with Andela, a move Sulyman said helps keep the lights on.

Investing in a Nigerian Technology Workforce

While 2017’s 2.4% economic growth represents a modest rebound for some of Africa’s largest economies, the continent is still a hotbed of unemployment, vulnerable jobs, and poor workers.

Sulyman however, sees a big opportunity where others don’t. Africa is projected to account for half the world’s population growth by 2050, and Sulyman thinks the continent has “the sheer capacity and the raw brainpower to produce technologists who will go on to build the future.”

The son of a civil engineer, Sulyman followed his mother to work every day at the Federal Airports Authority, where he caught the engineering bug.

“I remember following her to work as a child, intrigued by what she did; engineering as a fascinating discipline,” Sulyman said in an interview with BellaNaija. “When mobile phones became popular in Nigeria right before I left, I got a taste of how much they improved our lives by making communication easier and giving us increased mobility. This is what initiated my interest in electrical engineering; I wanted to join the mobile revolution and create the devices of the future.”

In his obsession with mobile phones, Sulyman said he kept a notebook where he sketched futuristic designs.

“My plan was to rush through university and go work at Motorola,” he said.

It’s no surprise Sulyman was tapped to lead Andela’s growth in Nigeria. He grew up in Nigeria; he considers himself a global citizen who has bounced around different cities and lecture rooms around the world. His professional career, however, started in the isolated library archives at Northwestern University where started out with moving and re-arranging hundreds of books.

“I then moved into a hobby of buying mobile phones for cheap from India and Dubai, playing with them and then selling them for more on eBay,” he said.

The experiences he said, was an eye-opener for him; realizing he could earn income without relying on his parents all the time.

“This was a really profound discovery for me,” Sulyman said.

Sulyman joined Bain & Co., a top management consulting firm after graduation. He spent some time in general management consulting before moving to the private equity group. He joined HP before enrolling at Harvard where he earned an M.B.A. degree. Sulyman would later turn down an offer from Google to move back to Nigeria.

“Although it sounds crazy, I don’t regret it at all. Every hour of my time spent creating something will go a longer way in helping and improving Nigeria more so than elsewhere,” Sulyman said. “This is home. I want my children to also call this home, and the only way I can guarantee that is if I play a role in making it the home that we all desire. Infrastructure and technology are critical elements of Nigeria’s path forward and I would like to be a part of that journey.”